TORIES have blasted Sadiq Khan for refusing to say the Met Police are not "institutionally racist" and demanding cops "justify" stop and searches.

Mr Khan today warned police officers are not "free from bias" as he launched an action plan to "improve trust" among black and minority ethnic communities and the police. 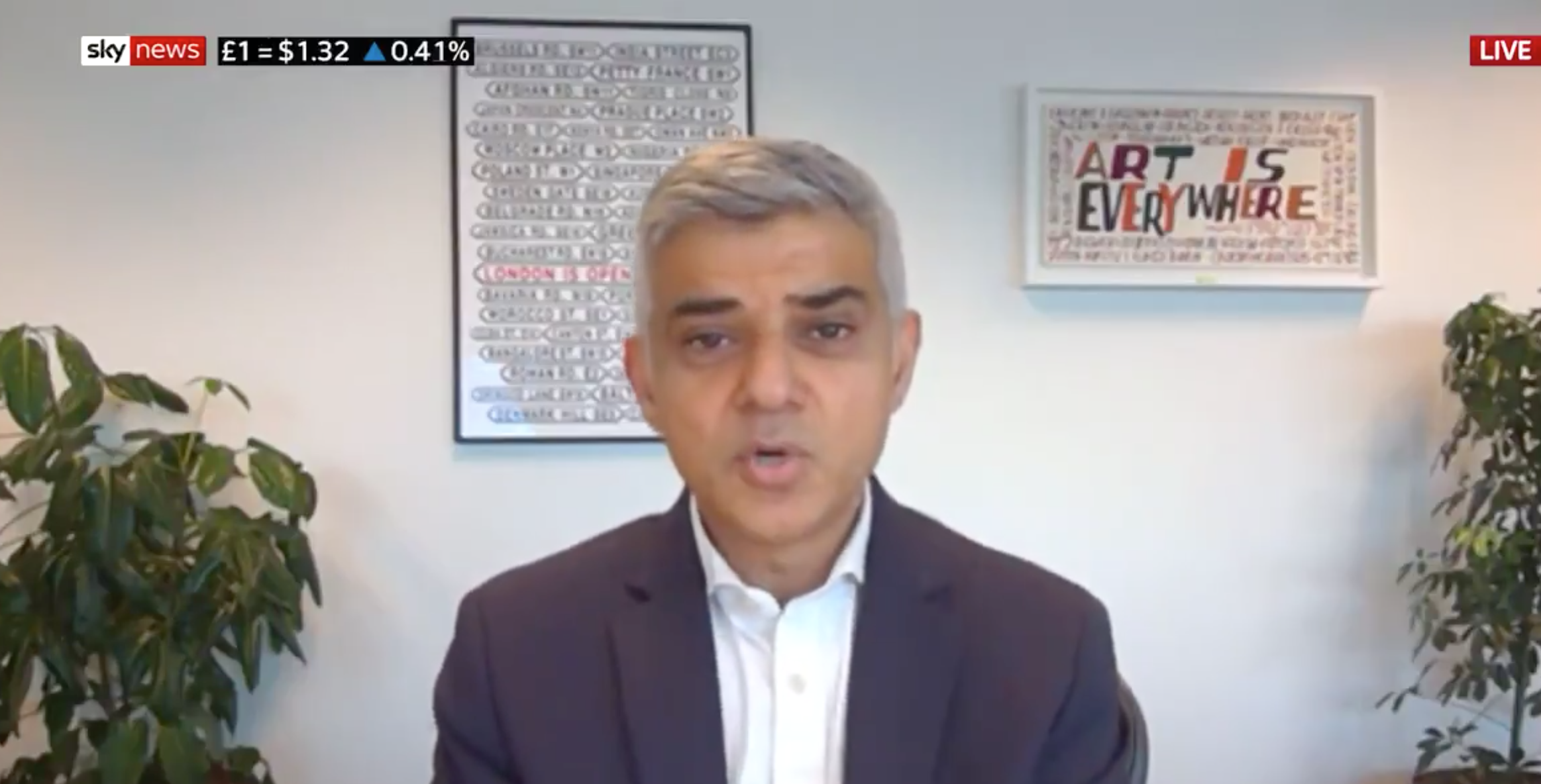 But the London Mayor's comments sparked fury from Tory politicians for refusing to back the police and deny they are institutionally racist.

When asked on Sky News whether the Met were "institutionally racist", Mr Khan said: "I grew up in the city and I was routinely stopped and search for no good reason by the police.

When pressed on whether he believed racism was rampant among cops, Mr Khan said: "I think the (Police) Commissioner herself has accepted that the police service in London is not free from racism, bias and discrimination.

"That is a massive recognition."

Mr Khan's plan means there will be more scrutiny by community panelsover when stop and search is used, and police will have to justify when they decide to stop and search.

Cops could also be asked to wear body cameras to ensure police officers are not relying on reasons such as "the smell of cannabis" to conduct a stop and search.

They will need to use grounds based on multiple objective factors.

But the action plan does not make clear whether the panels will have powers to punish police who behaved inappropriately.

After refusing twice to deny that the police force is "institutionally racist", Tories piled onto the London Mayor.

Tory leader at City Hall,  Susan Hall, tweeted:  "Khan has been asked twice if he thinks the ⁦ @metpoliceuk are institutionally racist and he would not answer directly.

"Let me help you Mr Mayor – the Met Police are NOT institutionally racist."

And Mr Khan's attempts to overhaul stop and search has been criticised by the Government.

A Home Office source told the MailOnline: "Stop and search is a vital police tool. It takes deadly weapons off our streets and save lives.

"Priti Patel has met countless mums who say it could have saved their sons lives. Despite Sadiq's politicking, Priti still backs officers to use it 100%."

Crime and Policing Minister Kit Malthouse said: "When Boris and I were in City Hall we increased the number of BAME recruits in the Met, while cutting crime and making communities safer.

"But, despite being responsible for crime and policing in the capital for four years, Sadiq Khan is largely absent when it comes to making London safer."

Mr Khan said he launched the plan after listening to the "continued frustrations of black Londoners who are concerned about the disproportionate use of some police powers".

He said: "In London, we pride ourselves on a being a beacon of diversity and a city that is both fair and inclusive.

"But the Black Lives Matter protests in the summer, which followed the tragic killing of George Floyd, highlighted how much more we have to do to improve trust and confidence among the black community in our public institutions".

The Met's officers are currently 15 per cent BAME, and Mr Khan is hoping to boost it to 40 per cent.

Outside of London only 6.9 per cent are non-white and a national recruitment drive to bring in more BAME officers failing to make a meaningful dent.