NEW eco-streetlights installed outside homes in Swindon are so bright, residents say it's like sleeping at the town's football stadium.

All of the area's 28,000 street lamps are being replaced by the council – and those living in streets where the work has already been carried out say they haven't slept properly since. 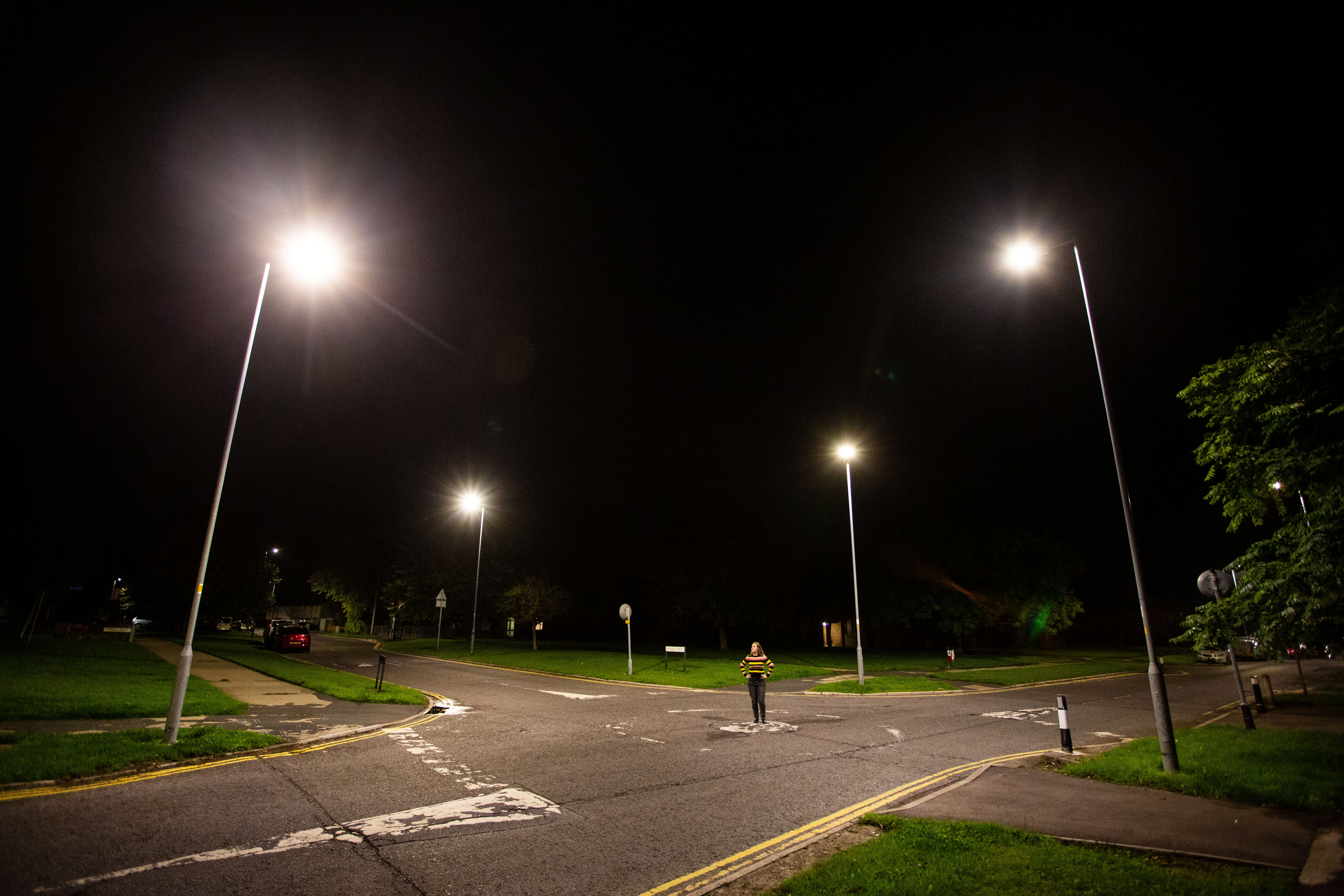 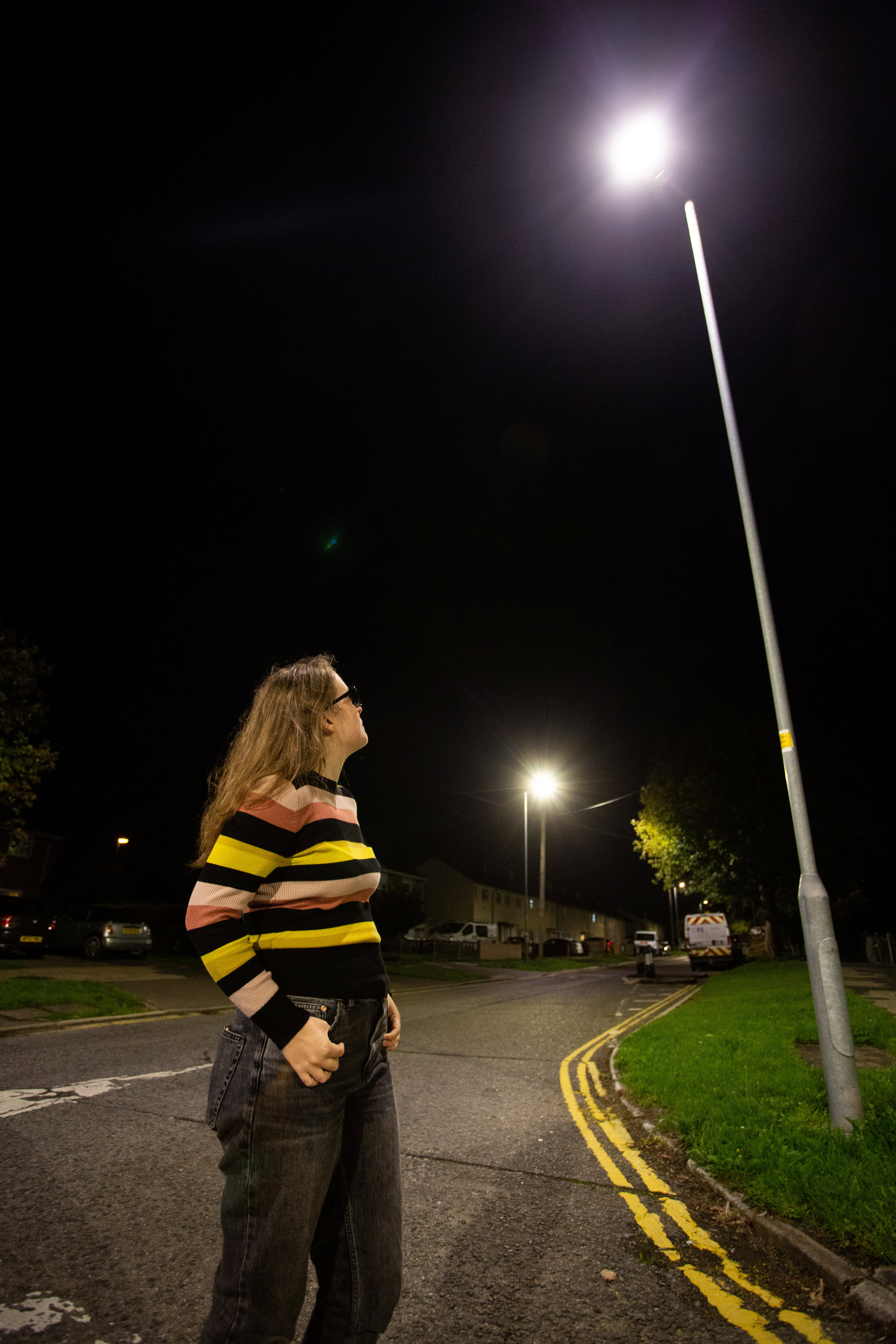 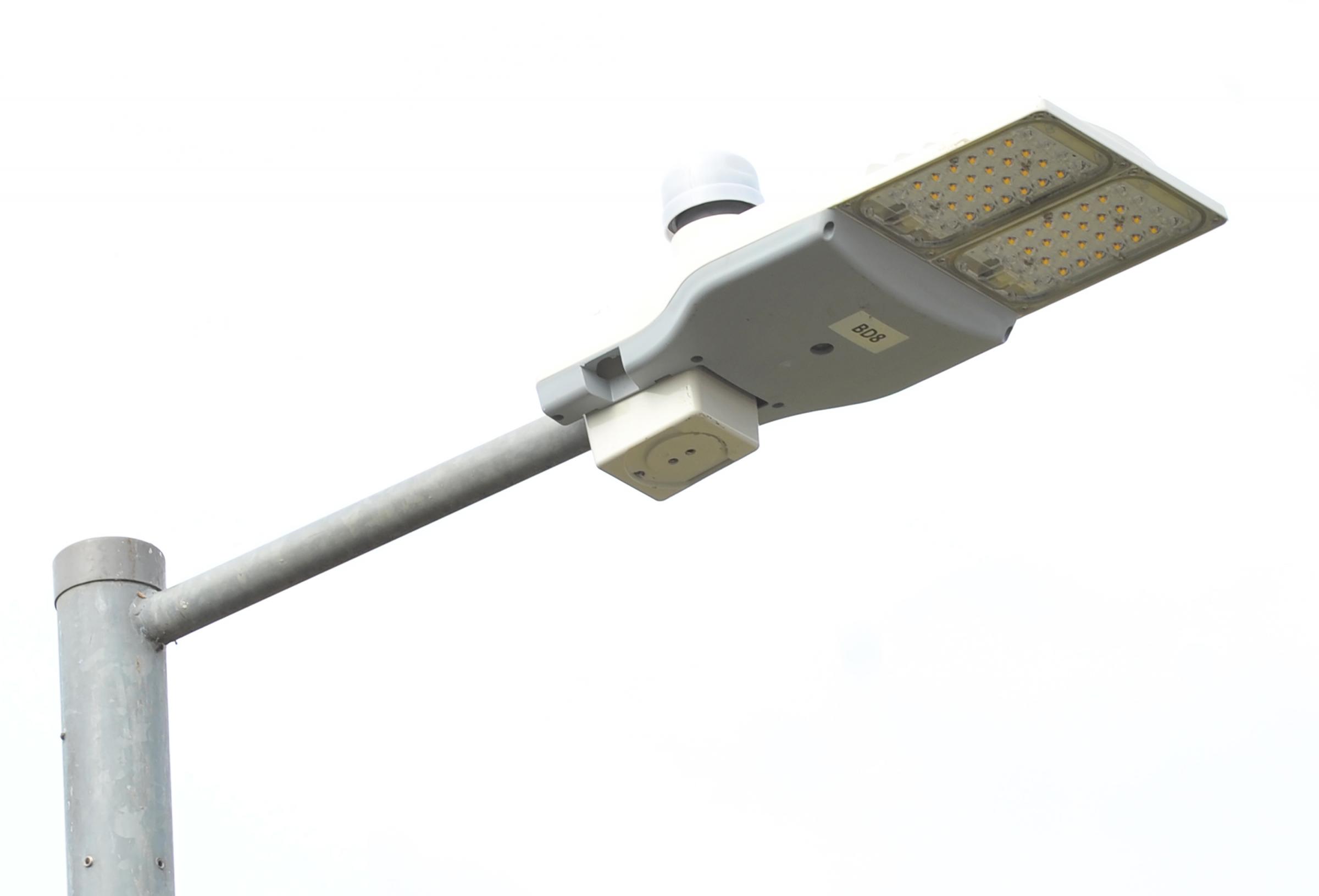 Council officials behind the £6.9million scheme say they have no way to turn the wattage down yet – meaning suffering residents must go without their sleep for weeks yet.

Helena Williams Bowie lives with her husband John in Penhill Drive, where the lamps were replaced in the middle of August.

She told the Swindon Advertiser: “They're so bright.

"It’s like trying to sleep in the County Ground stadium.

"They’ve got four huge floodlights, and we have three just outside on the roundabout.”

John is registered legally blind, but can see light and shade.

He is also autistic.

Helena said: “John has a sensitivity to light because of the autism, and problems with his sight means the light hurts his eyes as well.

“It is disturbing him. He doesn’t sleep well anyway, but it is making it worse.

“People might say we should wear an eye mask or get blackout blinds or curtains, but I don’t think we should be forced to do that – for families on a low income, that’s a big cost to struggle with.

"They need a shade, or to be angled differently or something. 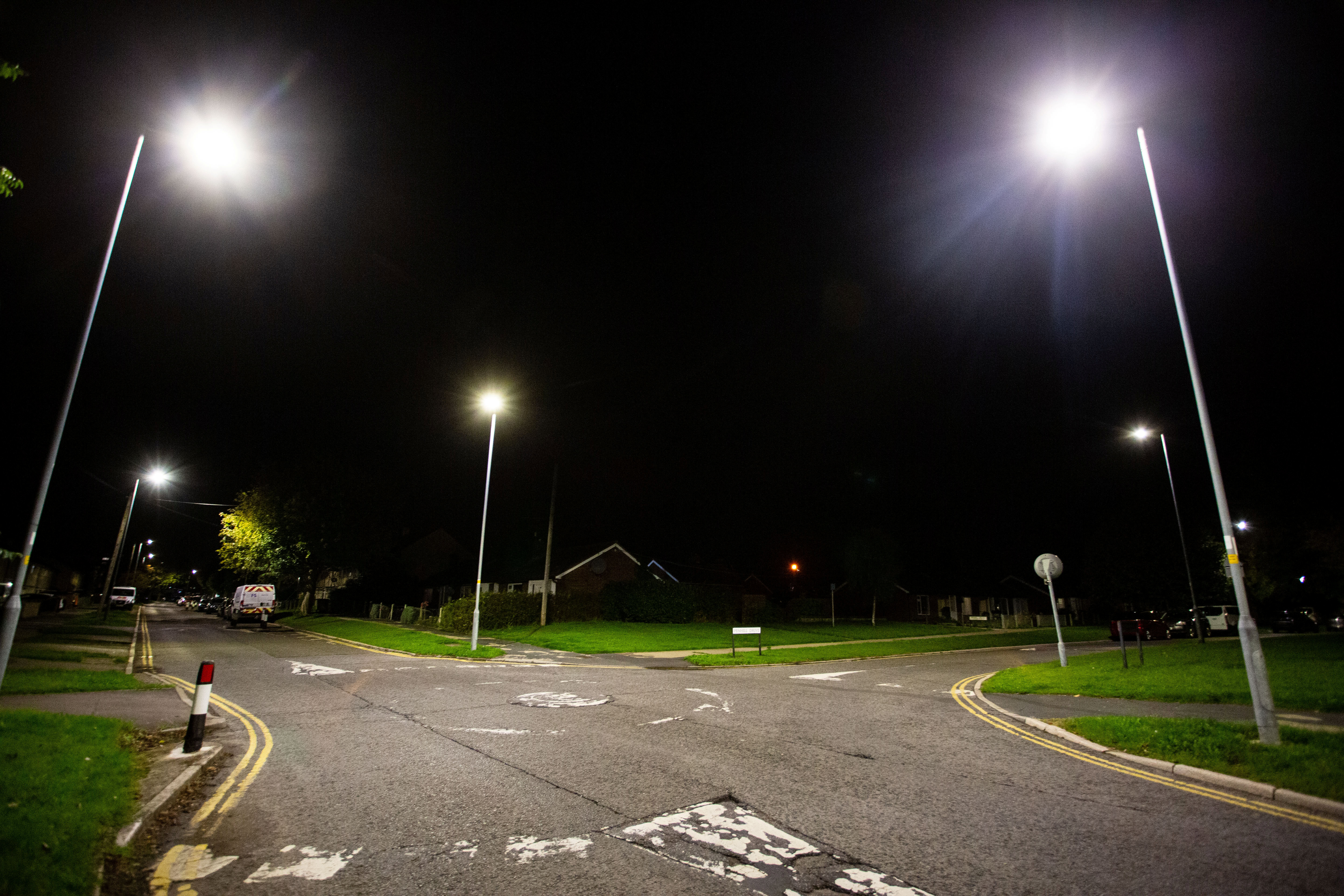 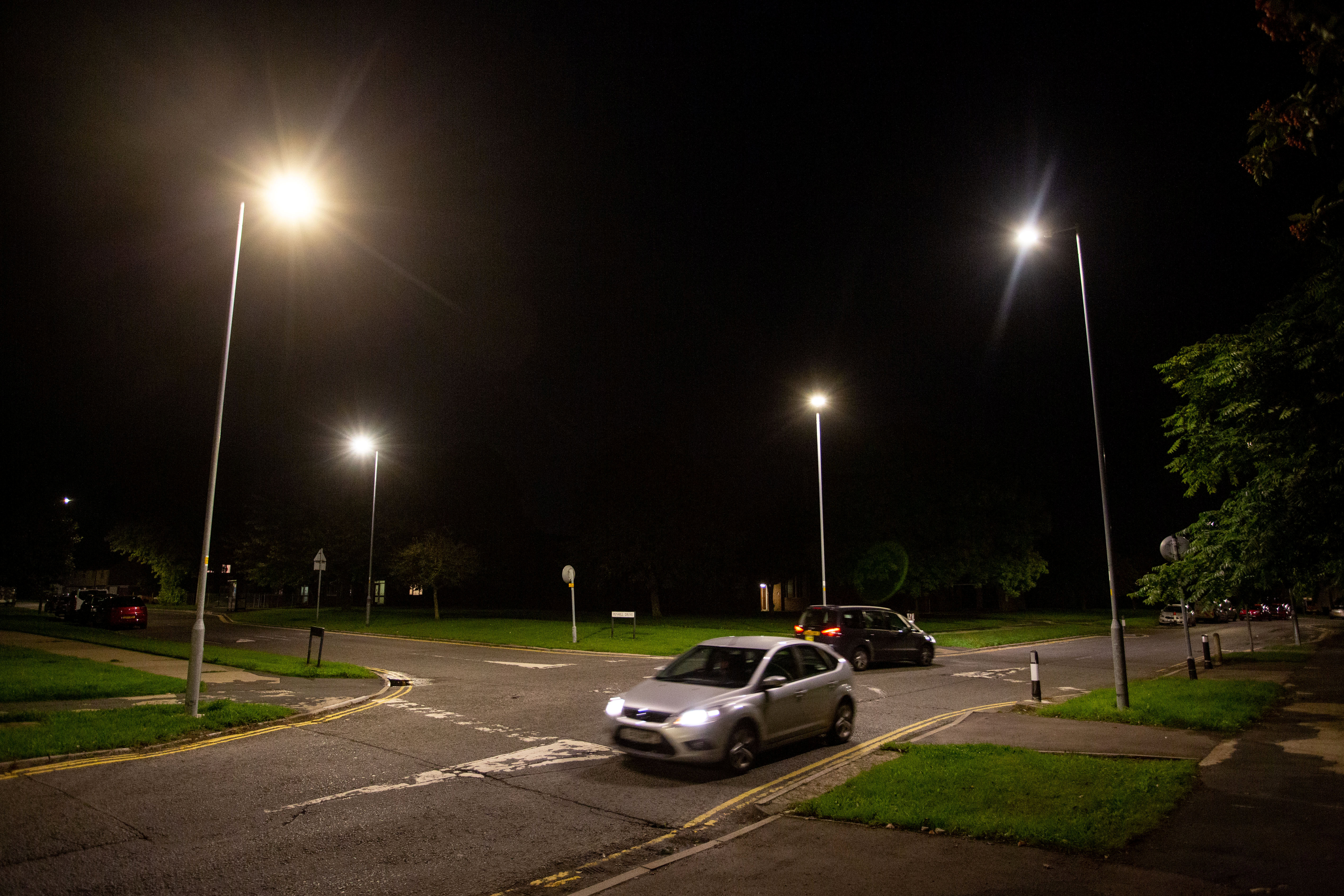 “Even if they dimmed them at midnight, that would be a help.”

David Oakley said: “These are bright white and at least four times brighter than original.

"They fitted a cover on the old light as that kept me awake – but this is much worse.

"These need to be lower wattage and have diffusers and probably soft white light."

Jane Toomer added: “We have had them for a while.

"They were just changed one day with no warning.

"Nothing keeps the light out of our bedroom and I haven’t slept properly since.

Hilary Care wrote: “We’ve had them fitted and it’s like daylight shining in all the time.

"First time I noticed it had been changed I thought someone had parked up opposite the house and left their lights on full beam.

Officials from Swindon Borough Council said: "Once installed, the new lights will consume less energy, reduce light pollution and will save the council hundreds of thousands of pounds a year.

“Unfortunately, the new lanterns cannot be dimmed as soon as they are installed because this needs to be applied via special software.

“We would like to reassure residents that we are working with the contractor to implement the dimming function as quickly as possible."