A third woman has accused Trevor Bauer of sexual assault, the same day the Los Angeles Dodgers pitcher was hit with an unprecedented two-year suspension for violations of MLB's domestic violence and sexual assault policy.

Before Friday, Bauer had been publicly accused by two different women of choking them to unconsciousness during consensual sex and assaulting them while they were out. The third accuser claimed to The Washington Post he did the same to her several times during a years-long sexual relationship.

The woman said she came forward after seeing Bauer deny the allegations from his other accusers. She told the Post she has spoken with MLB about her allegations and is willing to testify against Bauer in his appeal of MLB's suspension.

Soon after the woman's account was published, Bauer tweeted a statement from his representatives denying the allegations, accusing the woman of trying to extort him and claiming the Post reporter called him "the Harvey Weinstein of baseball."

Bauer has not pitched in an MLB game since June 28, 2021, having been placed on administrative leave after his first accuser came forward and requested a temporary restraining order. The Los Angeles County district attorney's office declined to press charges against Bauer over the allegations, but a player does not need to be charged to be punished by MLB.

Bauer has since sued his first accuser and two media outlets — Deadspin and The Athletic — over claims of defamation. According to the Post, the second accuser withdrew her request for a restraining order after Bauer's lawyer threatened her with legal action, but has cooperated with MLB.

This accuser, who lives in Columbus, claims to have met Bauer on a dating app while he was still a minor leaguer in the Cleveland Guardians' organization, The Post reported. She claims he choked her to unconsciousness repeatedly, even after they agreed he would stop, and anally penetrated her while she was unconscious, according to the report.

She is reportedly in possession of video of herself struggling to breathe as Bauer chokes her during sex, but declined to share it with the Post or MLB due to concerns of it leaking:

She said that when Bauer choked her during sex, he would only let go if she “got pissed and was like desperate about it,” or if she passed out, which she said happened dozens of times. The woman said Bauer often recorded their sex, with a GoPro camera mounted on a tripod or sometimes worn on his head. She is in possession of a video, she said, that shows him choking her during sex while she struggled to escape.

The woman’s lawyer, [Joe] Tacopina, said he’s viewed the video. “She’s clearly struggling to breathe and tapping his arm to let go, and you see her skin color darkening,” Tacopina said. They declined to share the video with The Post and said they also have not shared it with MLB, out of fear of it being circulated more widely.

The woman also reportedly claims to have regained consciousness with Bauer anally penetrating her without her consent, citing a text message she received from him on July 22, 2014:

“I want to f*** you while you’re completely unconscious.”

The relationship allegedly continued until 2019, when Bauer was traded to the Cincinnati Reds and the woman said she balked at the idea of having to “drive two hours to have sex I’m going to end up not enjoying.” She claims they also argued over him sending her video of another woman performing oral sex on him and tired of being demeaned in ways like having tickets left for her under the name “Dog on Leash."

In response to the allegations, Bauer posted what he said are screengrabs of his text messages with the woman.

He objected to her describing "a fight" as ending their relationship, though she is seen sending him a message reading "Let me know when I'm good enough to not be shoved out the door immediately after." She appears to continue texting him afterward, ranging between messages wishing him a happy birthday and what he claims are redacted sexually explicit content. 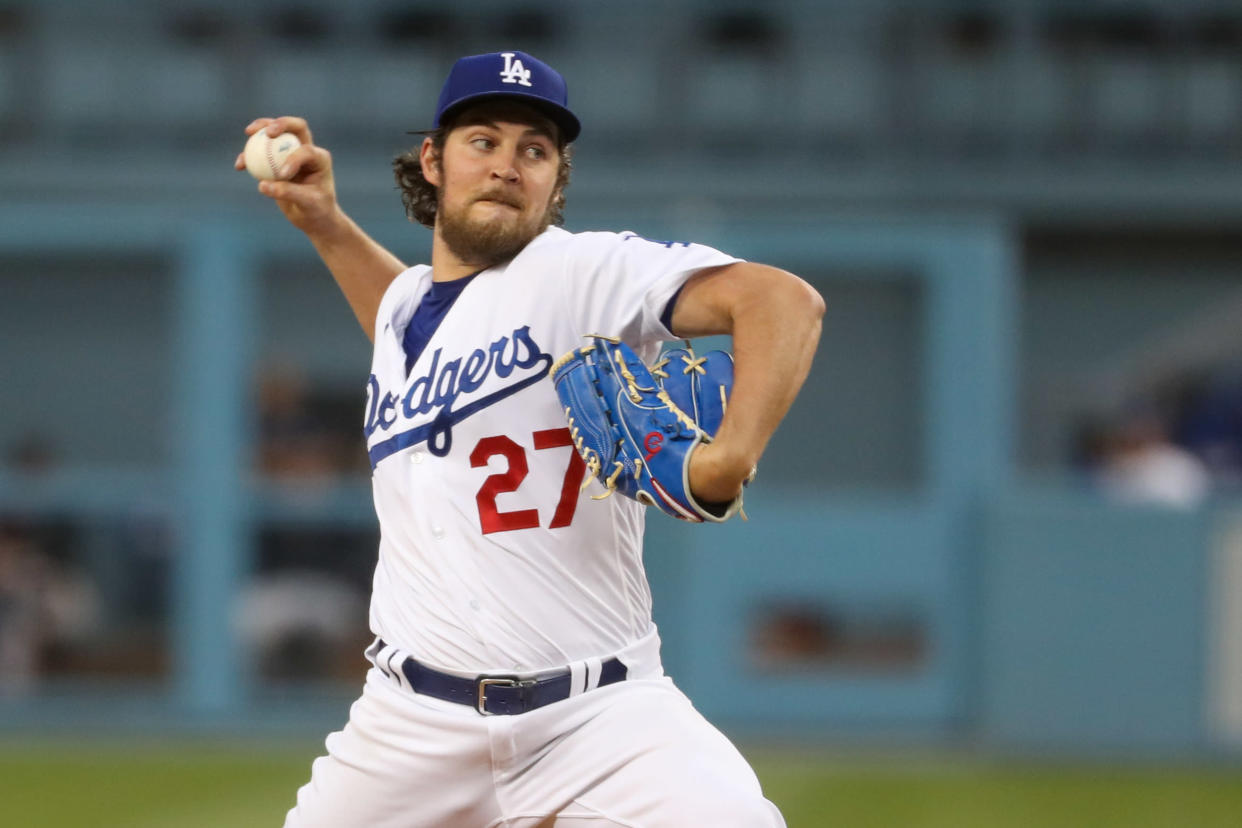 The allegations are similar with what the other two woman have claimed about Bauer.

The accuser's restraining order was lifted after a judge denied a permanent order, saying the accuser wasn't clear enough about her boundaries and finding no evidence that Bauer was likely to cause future harm to the woman.

The second accuser, who lives in Ohio, sought a protective order in 2017 after allegedly receiving threats from Bauer following an incident in which she claims she showed police photos of her blood-reddened eyes, which she said were from being non-consensually choked to unconsciousness.

Both cases, and Bauer's all-out denials and reprisals, reportedly moved the third accuser to come forward despite her own fears of retaliation.

“You can only call so many women crazy before people are like, ‘But hey, what’s the common theme here?'" she said of Bauer. "And it’s you.”