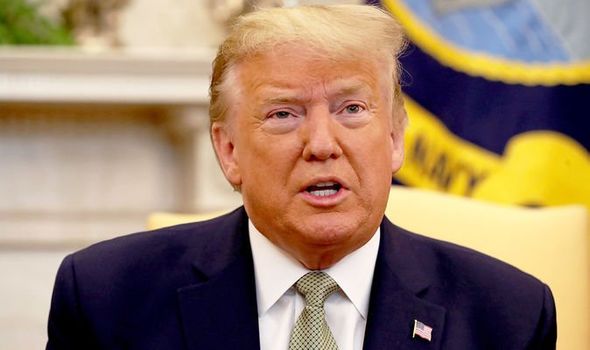 Authorities are probing whether Trump’s real-estate enterprise manipulated the value of key assets for tax and insurance purposes.

Ivanka Trump and Donald Trump Jr, both long-time business associates of their father, are expected along with him to file motions to quash the summons issued by Letitia James in Manhattan yesterday.

The Trump Organization has repeatedly attempted to resist complying with Ms James, but a judge has repeatedly ruled in her favour, ordering the company to fully comply or submit to a search by an outside firm.

His lawsuit alleges that the investigation has violated his constitutional rights in a “thinly veiled effort to publicly malign Trump and his associates”.

Democrat Ms James, who suspended her run for governor of New York in December, had aimed to get his testimony under oath by January 7.

She began her inquiry in 2019 to determine if the tycoon’s company had been manipulating the value of key assets after Trump’s former lawyer and fixer Michael Cohen handed Congress a trove of the ex-president’s financial records. He also testified that Trump “inflated his total assets when it served his purposes” and “deflated his assets to reduce his real estate taxes”.

In July, then-Manhattan district attorney Cyrus Vance Jr and Ms James charged The Trump Organization and its chief financial officer, Allen Weisselberg, with an array of crimes associated with untaxed benefits the executive had received, including the use of luxury cars and apartments.

Trump’s 40 Wall Street skyscraper and his Chicago hotel are among the properties being scrutinised.

Weisselberg and the company have denied wrongdoing.