President Donald Trump said Monday that if he were to go to war with Iran it would be over nuclear weapons.

‘I would certainly go over nuclear weapons,’ Trump told Time when asked what would lead him to take military action against Iran, but alluded there could be another reason, ‘and I would keep the other a question mark.’

The president also said that so far the threat from the Middle Eastern nation has ‘been very minor,’ which seems to tell a different story than the Pentagon and the intelligence community.

Just before his interview, which was published Monday night, Iran announced that within 10 days it would breach the limit of enriched uranium set by the 2015 nuclear deal with six world powers. 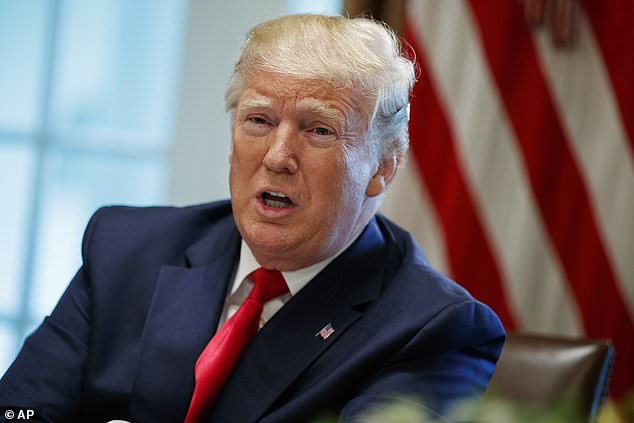 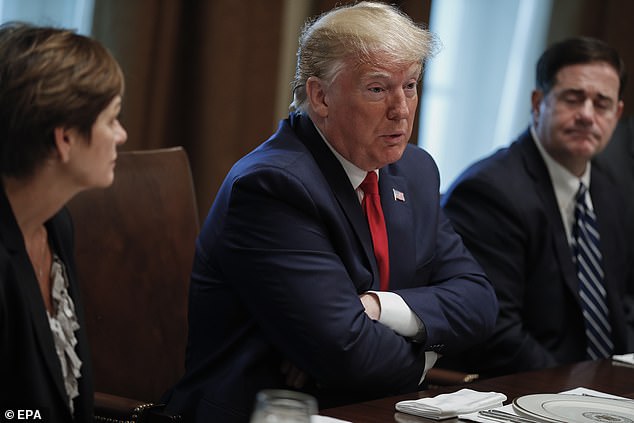 In a Monday interview with Time, the president appeared to clash with Pentagon and intelligence officials when he said the threat from Iran has ‘been very minor’ 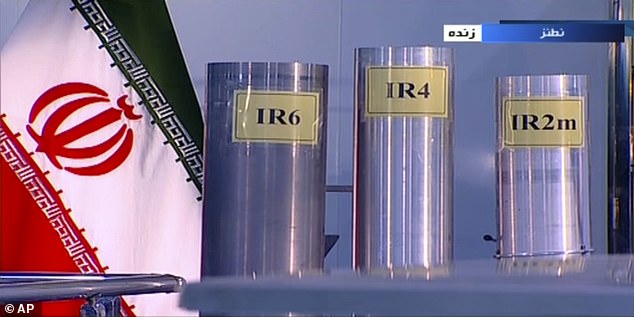 Iran announced, a few hours before Trump’s interview, that within the next 10 days it would go over the limit of enriched uranium set by the 2015 nuclear deal with six world powers. Trump pulled the U.S. from the nuclear deal last year

Originally all the permanent members of the United Nations Security Council – U.S., U.K., Russia, France and China – and Germany were involved with the deal, but Trump pulled the U.S. out of the agreement in May of 2018.

The U.S. has also attributed two recent attack in the Gulf of Oman on Norwegian and Japanese oil tankers on Iran, claiming the intelligence community has enough evidence to show it was Iran’s doing.

‘It is the assessment of the United States government that the Islamic Republic of Iran is responsible for the attacks that occurred in the Gulf of Oman today,’ Secretary of State Mike Pompeo told reporters at the State Department last week.

‘This assessment is based on intelligence, the weapons used, the level of expertise needed to executive the operation, recent similar Iranian attacks on shipping, and the fact that no proxy group operating in the area has the resources and proficiency to act with such a high degree of sophistication,’ he continued.

He doubled down on those claimed Sunday morning, asserting he would not have pegged the attack on Iran if the intelligence community wasn’t sure.

Trump said he agrees with the intelligence assessment. 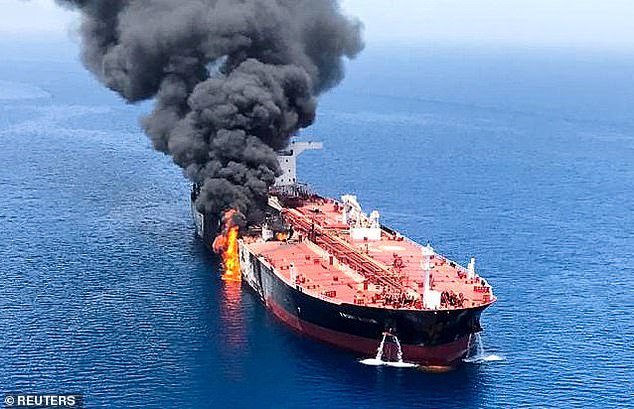 Last week two oil tankers in the Gulf of Oman were attacked, and the U.S. intelligence community assessment says Iran is behind the attacks 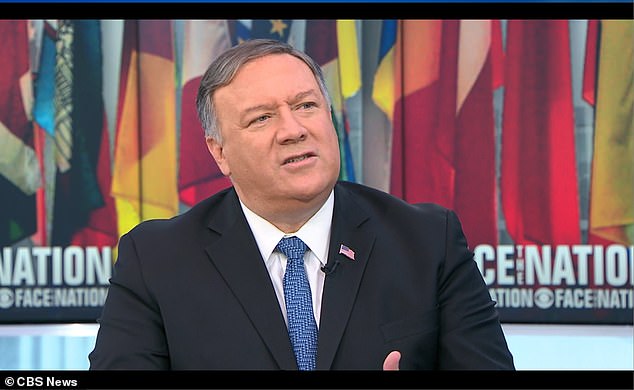 Secretary of State Mike Pompeo doubled-down that the intelligence community is confident in its assessment, and Trump said he agreed with it as well Trump downplayed the rise in tensions in the region, claiming the rhetoric from the Middle Eastern nation is much better now compared to when former President Barack Obama was in office and signed the nuclear deal 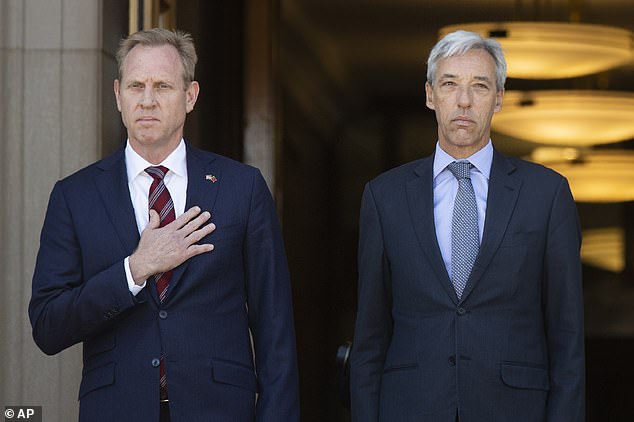 Acting Defense Secretary Patrick Shanahan (left) announced Monday that the Pentagon is deploying 1,000 more troops to the Middle East is response to the ‘hostile behavior by Iranian forces and their proxy groups’

‘I don’t think too many people don’t believe it,’ he told Time, but also continued to downplay the spiralling relations with Iran.

The Pentagon also announced Monday it is deploying an additional 1,000 troops to the Middle East.

‘The recent Iranian attacks validate the reliable, credible intelligence we have received on hostile behavior by Iranian forces and their proxy groups that threaten United States personnel and interests across the region,’ acting Defense Secretary Patrick Shanahan said in a statement Monday.

Just last month 1,500 troops were deployed to the region as tensions between Tehran and Washington continued to boil.

Pompeo said the U.S. is ‘considering a full range of options’ to respond to the attacks, and said ‘of course’ that includes military action.