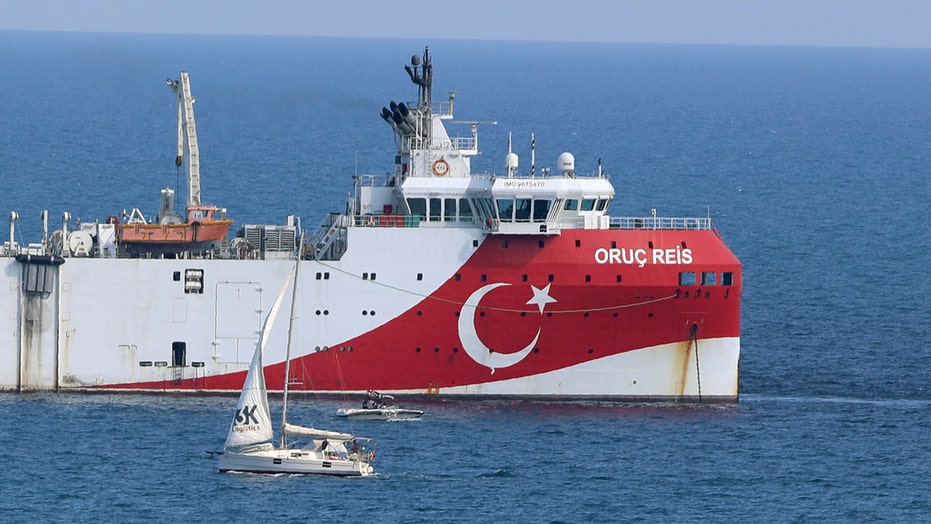 NATO members Greece and Turkey have ratcheted up tensions in recent weeks over access to natural resources in the Mediterranean, causing yet another fracture in the western military alliance.

The two countries each claim exclusive economic rights over gas reserves and Ankara has escalated military operations in the eastern Mediterranean in pursuit of drilling rights and other foreign policy objectives. 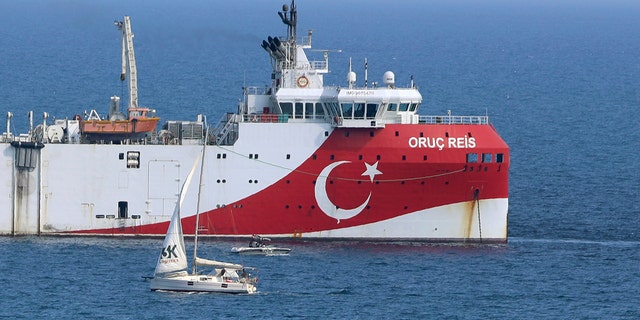 Turkey’s research vessel, Oruc Reis anchored off the coast of Antalya on the Mediterranean, Turkey, Sunday, Sept. 13, 2020. Greece’s Prime Minister Kyriakos Mitsotakis welcomed the return of a Turkish survey vessel to port Sunday from a disputed area of the eastern Mediterranean that has been at the heart of a summer stand-off between Greece and Turkey over energy rights. (AP Photo/Burhan Ozbilici)

Tensions escalated when a Greek frigate collided with a Turkish warship in mid-August, highlighting just how close the two historic rivals and NATO allies can come to armed conflict.

French President Emmanuel Macron called Greek Prime Minister Kyriakos Mitsotakis and sent a French naval warship and fighter jets to the region in a show of support for Greece. Athens is unlikely to fully back down and believes it is in a stronger diplomatic position, with full European Union support than an isolated Turkey.

Despite Turkish claims of sovereignty over these natural resource rights in contested waters, there is no clear indication of which country actually has the legal rights under international law. Ankara, however, has asserted a far greater posture in the Mediterranean than Greece in recent years. 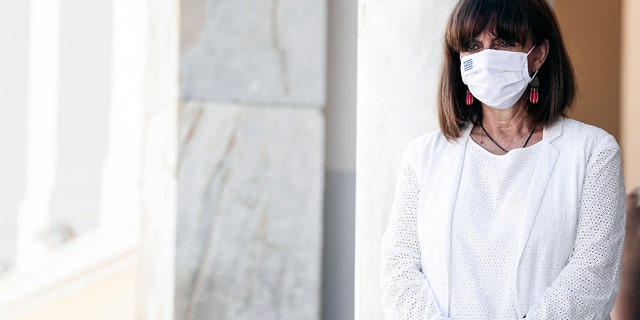 In this photo provided by the Greek President’s office on Monday, Sept. 14, 2020, Greece’s President Katerina Sakellaropoulou attends the start of the new school year on the southeastern island of Kastellorizo, Greece. Turkey’s top diplomat says a research ship at the center of a diplomatic row with Greece pulled back to shore to resupply but that its survey of hydrocarbon resources in the eastern Mediterranean will continue. (Theodore Manolopoulos/Presidency of Hellenic Republic via AP)

Turkish President Recep Tayyip Erdogan has used the flashpoint over maritime claims to assert an antagonistic foreign policy amid a volatile domestic political environment. He has been in power since 2002 and although his Justice and Development Party (AKP) remain the predominant political party in the country, the party has lost a sizeable chunk of its support over recent parliamentary and local municipal elections.

“The power base of Turkey's current political leadership is heavily motivated by a foundation of nationalist ambitions and this has repeatedly drawn Turkey into disputes with Greece, the EU, or NATO,” Sim Tack, Senior Global Analyst for Stratfor, a RANE geopolitical intelligence firm, told Fox News.

Turkey’s recent push for maritime claims in the Mediterranean seabed is a reflection of a foreign policy and strategic doctrine that is known as “Blue Homeland.” This regional worldview is an interpretation of international law which asserts that Turkey has the legal claim to these natural gas deposits at the expense of Greece and Cyprus.

In 2019, Turkey ramped up drilling off the coast of Cyprus, which has been divided since the Turkish invasion of 1974, between the Greek controlled and internationally recognized south and the Turkish controlled north. 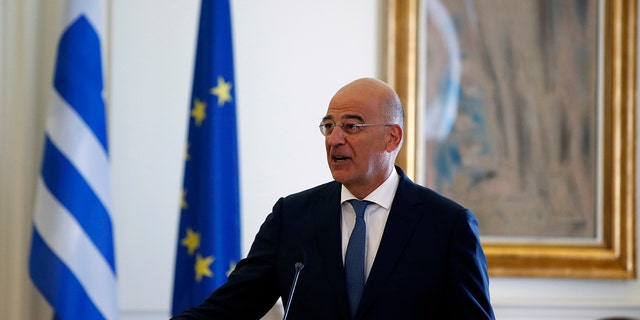 The standoff between Greece and Turkey in the Mediterranean is part of a larger regional divide that finds Turkey on the opposite side of multiple conflicts, straining the NATO alliance.

Libya, which has been in a state of constant civil conflict since the overthrow of Muammar Qaddafi in 2011, has emerged as a major battleground for Mediterranean powers. Turkey aims to expand its control over natural resources off the Libyan coast and signed a maritime delimitation agreement with Libya in August in territory Greece considers within its maritime economic zone.

Turkey supports the internationally recognized Government of National Accord and its ambitions in Libya have put it at odds with France, Russia, and Egypt, which support rival forces in Libya.

Maritime claims in the Mediterranean have not always been a source of controversy for regional players. Egypt, Israel, and Cyprus have entered into cooperative agreements to exploit the natural gas discoveries in the eastern Mediterranean. The group formed the Eastern Mediterranean Gas Forum along with Greece, Jordan, Palestine, and Italy to address these energy concerns. Turkey’s recent uncooperative approach has changed the dynamics in the region. 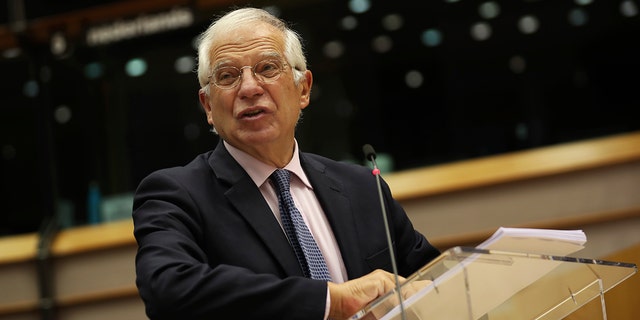 European Union foreign policy chief Josep Borrell addresses European lawmakers during a debate about the escalation of tensions between Greece and Turkey in the eastern Mediterranean, at the European Parliament in Brussels, Tuesday, Sept. 15, 2020. The dispute between the two nations over potential oil and gas reserves has triggered a military build-up in the eastern Mediterranean. (AP Photo/Francisco Seco, Pool)

The EU is looking to calm tensions, with German Chancellor Angela Merkel taking the lead as the main intermediary. Both sides are willing to talk, however, Erdogan argues that the EU is unfairly backing Greece in the maritime dispute. The EU could slap sanctions on Turkey if it continues its defiant Mediterranean actions.

NATO Secretary General Jens Stoltenberg is also looking to mediate and said both sides are looking to de-escalate to reduce the risk of a military confrontation. Stratfor’s Tack cautioned that although the current crisis increases the risk of military altercations and miscalculation, external pressure and the true strategic interests of Greece and Turkey make it extremely unlikely that the situation would “devolve into a broader sustained conflict.”