WASHINGTON/MEXICO CITY (Reuters) – U.S. and Mexican negotiators resumed migration talks on Friday as the two sides edged closer to a trade war that could hobble both countries’ economies and rattle investors already nervous about Washington’s escalating battle with China. 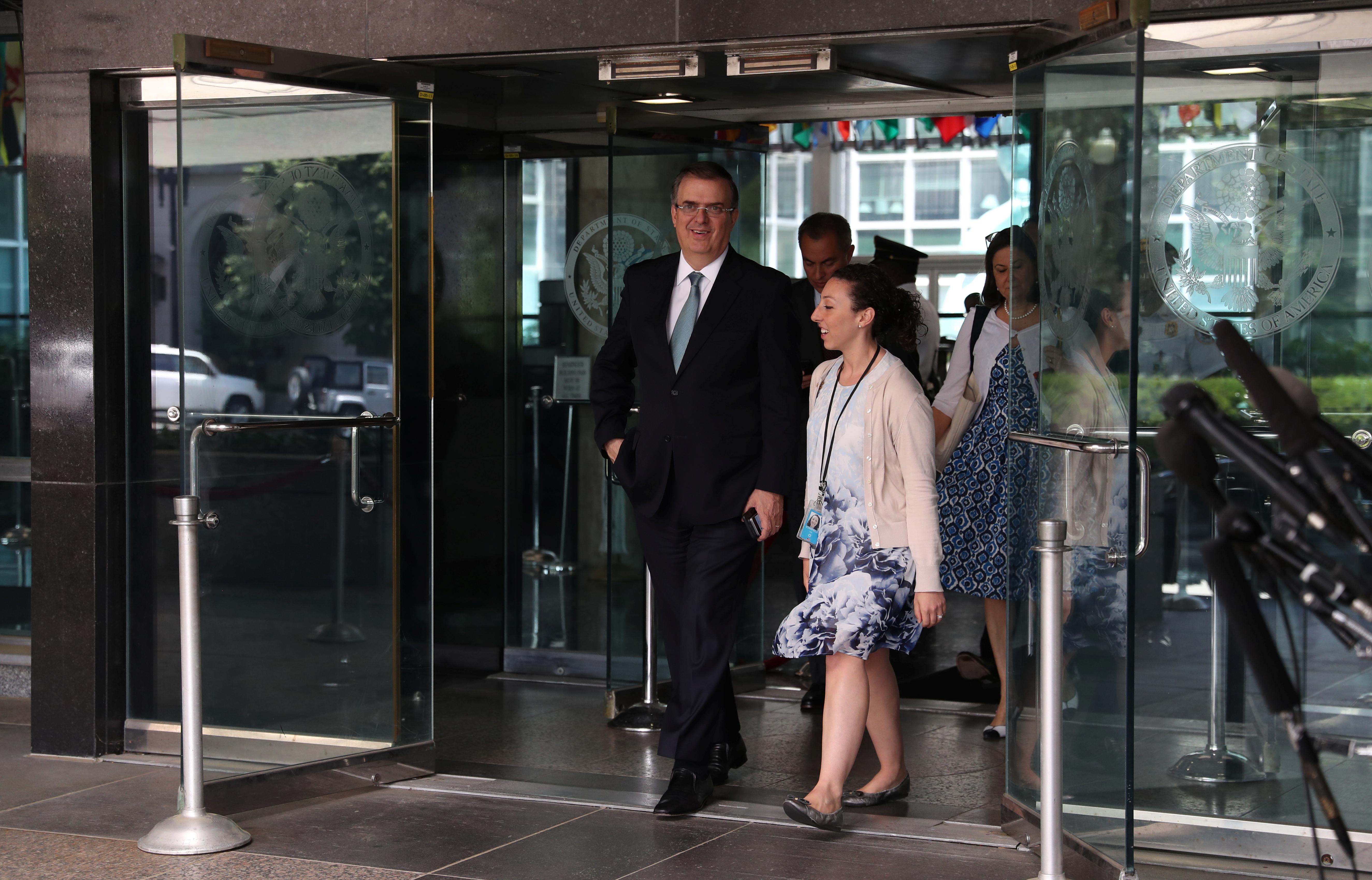 U.S. President Donald Trump has warned that tariffs of 5% will be imposed on all Mexican exports to the United States on Monday if Mexico does not step up efforts to stem an increase in mostly Central American migrants heading for the U.S. border.

“As negotiations continued yesterday, we were more encouraged that they came forward with some of the things we put on the table Wednesday to say they were open to that,” Marc Short, chief of staff to U.S. Vice President Mike Pence, told reporters outside the White House.

Short added that the Trump administration planned to move forward with a legal notification of its planned 5% tariff on Mexican goods. “You should anticipate that happening today,” he said.

Trump, who has railed against what he describes as a surge of migrants across the U.S.-Mexico border, will have the final say over any deal, Pence said on Thursday. Pence also said progress had been made in the talks but gave no specifics.

Trump is returning to Washington on Friday after a week-long trip to Europe.

The U.S. president has threatened to continue raising the tariffs on Mexico after the initial levies go into effect on June. 10 if a migration deal fails to materialize.

Mexico, whose economy is heavily dependent on trade with the United States, is scrambling to avoid such a scenario.

“It’s a good sign that talks have not broken down,” Mexican President Andres Manuel Lopez Obrador told reporters in Mexico City. “There is dialogue and an agreement can be reached. I’m optimistic we can achieve that.”

Lopez Obrador, however, said it was a mistake for the United States to link migration with trade.

Mexico has prepared a list of possible retaliatory tariffs targeting U.S. products from agricultural and industrial states regarded as Trump’s electoral base, a tactic China has also used with an eye toward the president’s 2020 re-election bid.

That would put the United States in a serious trade dispute with its southern neighbor and China – two of its three top trading partners.

The United States slapped up to 25% tariffs on $200 billion in Chinese imports last month, prompting Beijing to levy its own tariffs on a revised target list of $60 billion in American goods.

Trump said on Thursday he would decide later this month whether to carry out his threat to hit Beijing with tariffs on at least $300 billion in Chinese goods.

U.S. officials officially granted Chinese exporters two more weeks to get their products into the United States before increasing tariffs on those items, according to a U.S. government notice posted online on Friday.

U.S. business groups are generally opposed to the escalation of the trade tensions, warning that the tariffs will raise costs for companies and lead to higher prices for American consumers. Trump’s fellow Republicans also are not keen on the tariffs.

Economists warn that the trade wars could damage key supply lines and lead to a further slowdown of the global economy. Even the United States, one of the more solid performers on the economic stage, would suffer.

The U.S. Labor Department reported on Friday that job growth slowed sharply in May and wages rose less than expected, raising fears that a loss of momentum in economic activity could be spreading to the labor market.

Global equities rose on Friday on the prospect that central banks, including the U.S. Federal Reserve, would loosen monetary policy to offset trade frictions and the threat of global recession.

Ahead of the 2020 U.S. presidential election, Trump is eager to show progress on his 2016 campaign pledges to take a hard line on immigration. Apprehensions at the U.S.-Mexico border hit a decade high in May.