The mercury is predicted to rise in July and send temperatures soaring following a drizzly end to June. Brian Gaze, a forecaster at Weather Outlook, shared his latest heat maps, which suggested “blowtorch” levels of hot air could cause temperatures to rise in London during July. He said: “A warm air mass is expected over the UK, so in sunny spells the mercury is set to rise.

“In the longer term the signal is for a drier and very warm period, but there is still uncertainty.

“The GEFS 00z plot for London shows upper air temperatures rising as we head into late June and early July.

“A few of the runs in the ensemble are going for ‘blowtorch’ scenarios, but most are currently in the potentially warm or very warm territory.

“However, the temperatures we end up with at the ground level are very dependent at this time of the year on the extent of cloud cover and rain. 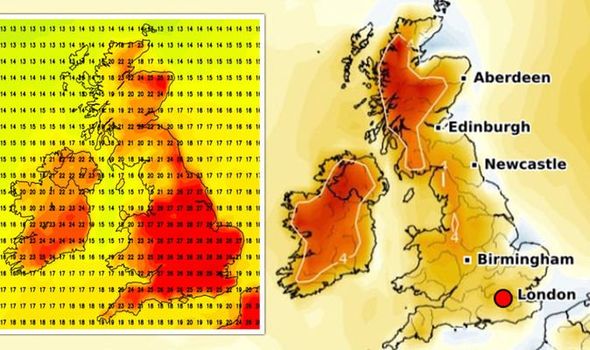 “There seems to have been a trend so far this year for patterns to last quite a long time once they become established, so that could be the case again.”

Scorching highs of 27C are expected to grip the south east of England on Tuesday, July 6, according to the latest heat maps from Net Weather.

The same 27C highs could also sweep towards North Yorskhire and Scunthorpe on the same day, while Manchester and Liverpool bake at 25C.

The maps turn even hotter on Saturday, July 10, as London and Kent bask in highs of 29C. 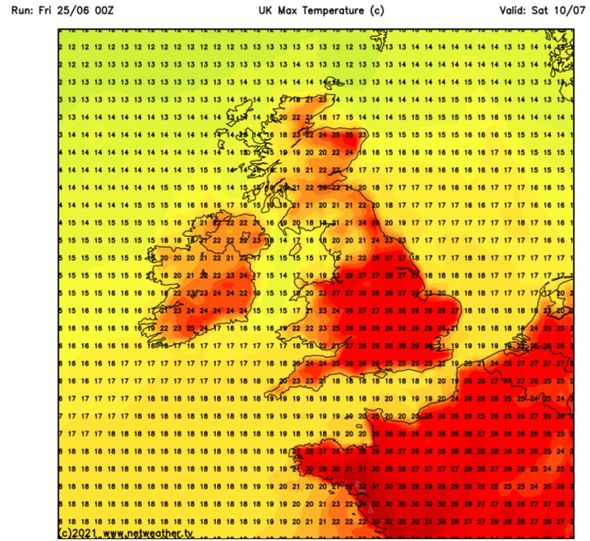 The hot air appears to then travel upwards towards the midlands, where Birmingham and Coventry are hit with 27C.

Even Durhan and York in the north east are set to bake in 27C on the same day, while Manchester and Liverpool swelter at 29C too.

Tyler Roys, lead European forecaster at Accuweather, predicted the hot air to sweep over from northern Africa over the next few weeks.

He told Express.co.uk: “There is a very good chance that it will get hotter later this summer. 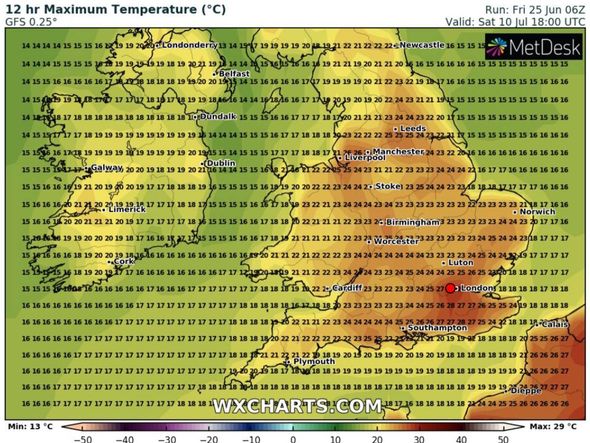 “Most if not all the hot air will come from the south, so across Spain/Portugal and France.

“This air originates from northern Africa.

“So a southerly or southwesterly wind will largely be responsible for the hot air making it into the southern UK.” 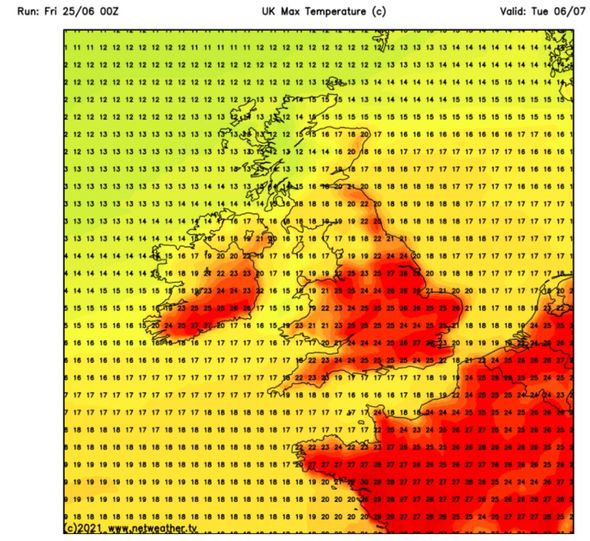 The forecast said: “The large-scale weather pattern looks to remain mostly static for the first half of July, with high pressure remaining stationed off to the west over the Atlantic.

“The Atlantic high is expected to send more transient high-pressure systems across the British Isles into northern Europe at times.

“These will largely linger for a few days at a time, and will usher in drier and sunnier conditions to interrupt the unsettled conditions.

“The potential for warmth will further increase if any of these highs settle over Germany. 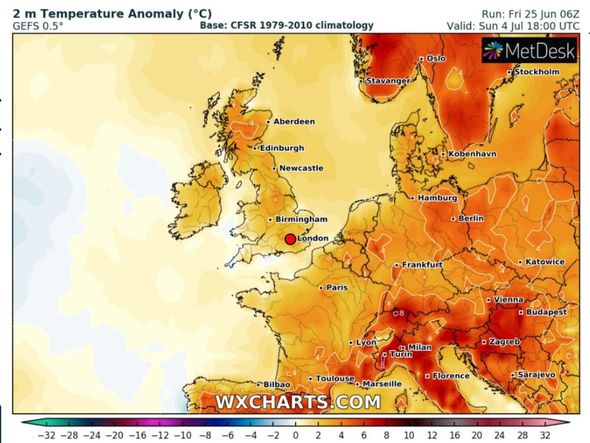 “The warmer, sunnier days are expected to primarily be brief spells early in July.

“These may become a bit more persistent by mid-July, particularly across England.”

The forecast said: “Temperatures will be warm for most, though locally suppressed under the unsettled weather. 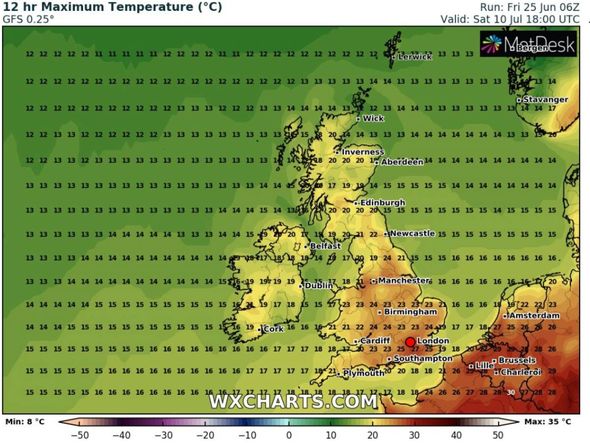 “Confidence is then lower, although on balance a lot of fine and dry weather is most likely throughout.

“However, there are signals for some brief unsettled periods with southern and eastern areas seeing showers, possibly heavy and thundery, and more prolonged rain in the northwest.

“Temperatures are likely be above normal, with the potential for some very warm and humid days in the south.”