Wednesday will see heavy rain across most of England and Wales as summer conditions are well and truly over. Powerful winds are also set to blast the UK with Arctic air.

Susan Powell, BBC Meteorologist, said: “By mid-week, it will be much cooler, much windier, and for many, wetter as well.

“The reason for the change – we lose the persistent area of high pressure.”

She added: “Areas of low pressure will take over from the Atlantic, eventually dragging in Arctic air.”

Britons could see the first frost of the season this week as temperatures drop dramatically. 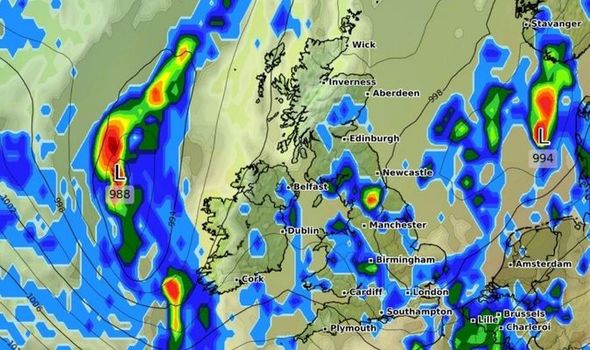 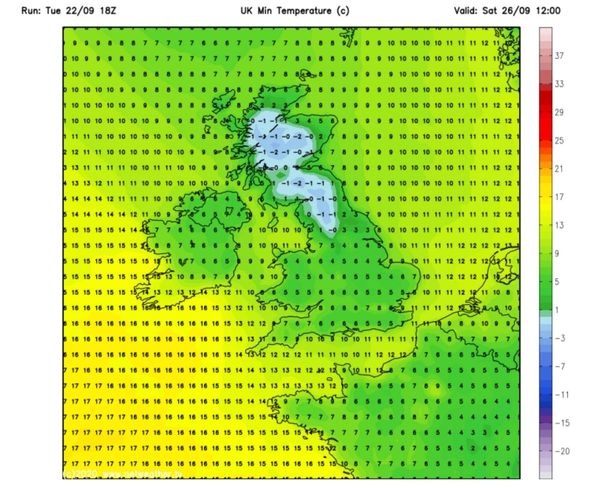 Aidan McGivern, Met Office Meteorologist, said: “By the weekend some places could experience their first frost of the season.”

Wednesday is set to kick start the drastic change in weather as the UK prepares to head into the deep Autumn.

Alex Deakin, Met Office Meteorologist, said: “Did somebody order Autumn? A definite change in our weather taking place and now that we’re past the equinox it’s Autumn however you measure it.

“But definitely a chill in the air over the rest of this week.” 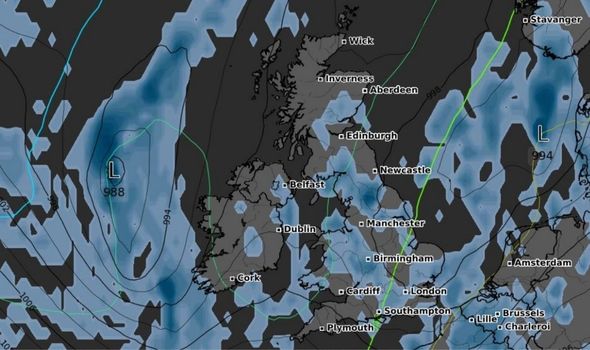 In some areas there will be some sunshine holding out in northern parts of the UK.

But for England and Wales, the weather will see a dramatic change after a glorious start to the week.

A cold front is bringing the wetter and colder conditions to the UK this week. 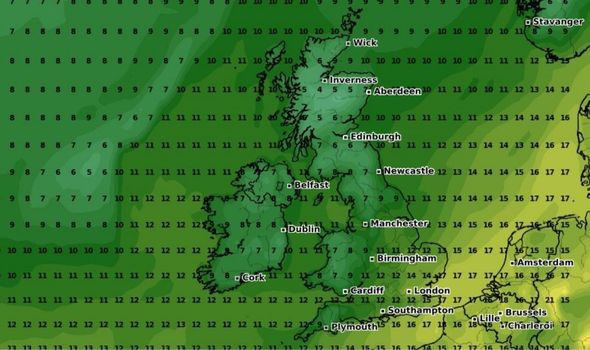 Mr Deakin said: “It will be a different day across England and Wales on Wednesday.

“Much more cloud around and outbreaks of rain as that cold front continues to only slowly push its way eastwards.”

Temperatures will drop well into the low teens across much of the country.

Mr Deakin said: “For most places we’re struggling in the low teens despite some sunshine across Scotland and Northern Ireland.”

In Scotland and Northern Ireland, temperature will barely reach 11-13C. 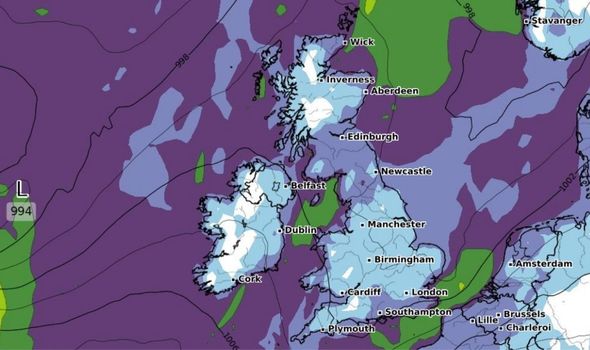 For more southern parts of the UK, temperatures will range reach 14C and possibly 19C at most.

From Thursday, low pressure will sweep across the country bringing more rain and cold temperatures.

Later on in the week, winds will become more powerful bringing even chillier conditions.

Nick Finnis, Netweather forecaster, said: “Winds turning northerly on Friday, which will be quite strong and gusty, further showers spreading south, heaviest and most frequent towards the east, but also some sunny spells.

“Temperatures ranging from 10C in the north of Scotland to 16C in the south of England.”