A full invasion of Ukraine by Russia would spread conflict around Europe and could even trigger World War Three, a Ukrainian government minister has warned.

Yuliia Laputina, the minister for veterans affairs – who previously served as a top officer in Ukraine’s equivalent of MI5 – told Sky News that her country was ready to defend itself should Moscow launch a new attack.

But she said the consequences of further military action by President Vladimir Putin would not be contained within Ukrainian borders.

“If Russia will invade you know, you should also take care about the Balkans. What Russians are doing now in Serbia – they try to provoke a situation in the Balkans,” she said in an interview at her office in Kiev.

“But we also take into account [the beginning of] World War Two.” 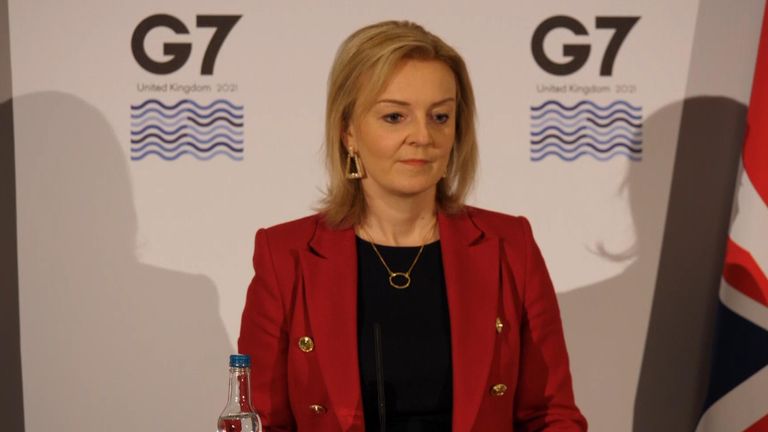 Asked whether there was a chance an invasion could lead to a third world war, the minister said: “Yeah. Yeah. Because geopolitically, it looks like this is a possible scenario. So… we should pay attention to the Ukrainian issue because of the security of the continent.

“This – the spreading of war in case of Russian invasion to Ukraine – will be much wider than Ukraine.”

The minister, who rose to the rank of major general in Ukraine’s SBU Security Service, said the majority of her nation’s 400,000-strong veterans – aged between 20 to around 60 years old – would be willing to fight if needed.

Many were young volunteers who signed up to defend the country when Russian-backed separatists seized territory in the east and Russia annexed Crimea in 2014. 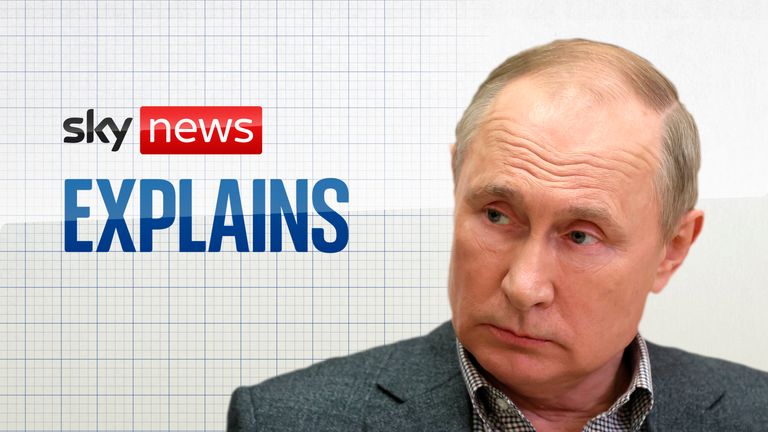 Asked whether she thought Ukraine would be able to resist a larger invasion by its much more powerful neighbour, Major General Laputina said: “I think that it will be successful because even in the case of a real military invasion, the first step … may be successful for aggressors. But the next step will not be successful because we have a very big experience of national resistance.”

On the outskirts of the Ukrainian capital in a dilapidated, former sports centre, is the shattered husk of what was once a large, china-tiled, public swimming pool.

Any swimming days are a distant memory, but the location has temporarily been turned into a film set for a crew making a movie about the war in eastern Ukraine. 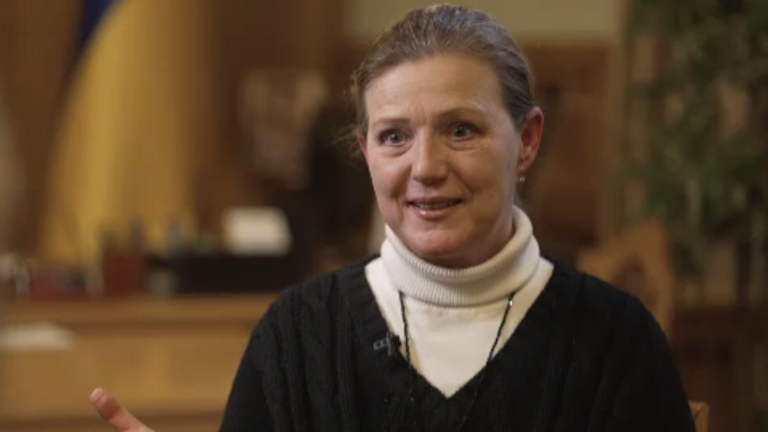 Unusually, most of the actors playing the part of soldiers battling Russia-linked separatists are actually real veterans of the near-eight-year conflict.

Myroslav Hai is a producer and actor in the film, called Say Ukraine, which is due for release in 2022.

He was a teacher of acting prior to 2014 but volunteered to join a battalion to fight when the war started. He has since formally trained as an army reservist and now visits colleagues on the frontline in between filming.

Mr Hai said he and his fellow soldier-actors would not hesitate to pick up arms again should Russia launch a large-scale offensive.

“We wait with our military bags every day,” he said.

“We live with our military bags. My bag stays in my hall and I am ready in one second [to go] back to my brigade, to take a weapon and resist Russian aggression.”

He said if the UK and other allies closed Ukraine’s air space, he believed that Ukraine’s armed forces could beat Russia.