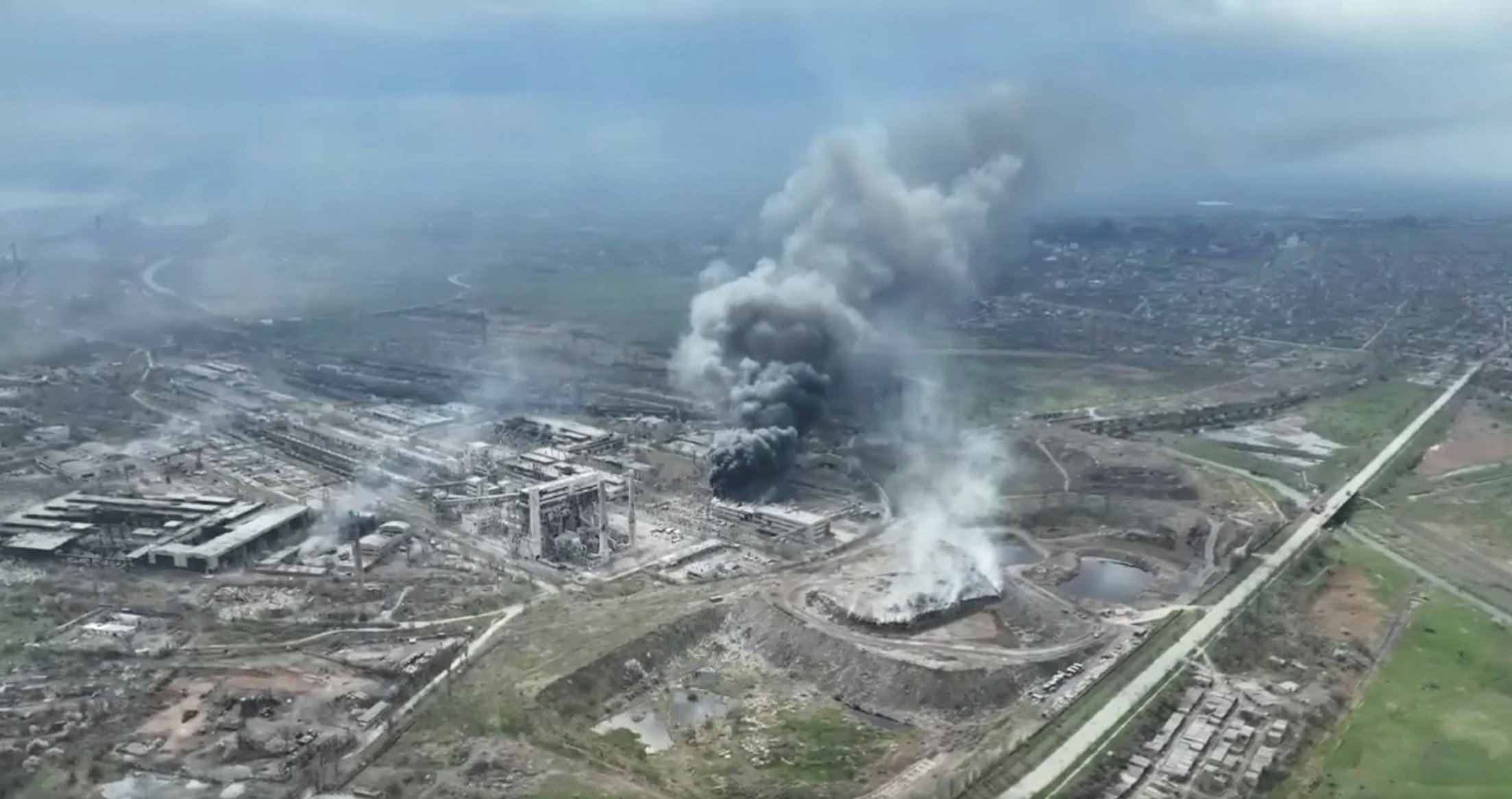 Ukraine’s Azov regiment has said military command has issued an order to stop defending the besieged city of Mariupol.

The far-right battalion, along with Ukrainian marines, have been holed up in the Azovstal steel plant for nearly three months.

Now commanders are said to have ordered them to stop their defence in order to ‘save lives of soldiers’.

Dozens of civilians, including children, were evacuated from the plant at the beginning of this month, with the help of the Red Cross and the UN.

But some remained inside, while fighters refused to surrender and Russia vowed to increase its attacks.

In a video statement published today the commander of the Azov Regiment said civilians and heavily wounded Ukrainian fighters had been evacuated.

‘We have constantly emphasised the three most important conditions for us: civilians, wounded and dead,’ said Denys Prokopenko.

‘The civilians have been evacuated. The heavily wounded received the necessary assistance and they were evacuated, to be later exchanged and delivered to territory controlled by Ukraine.’

Prokopenko said the process of removing the dead from the Azovstal plant, the last bastion of Ukrainian resistance against Russian forces in Mariupol, was still under way.

He added: ‘I hope that in the near future, relatives and Ukraine will be able to bury their soldiers with honour.’

The steelworks turned fortress – featuring a labyrinth of underground tunnels, is the last chunk territory in Mariupol held by Ukrainian forces.

It prevented Russia from cementing its victory over the southern port city – which is particularly crucial to its aim of connecting annexed Crimea with eastern Ukraine.

The Azov Battalion was behind some of the fiercest fighting in eastern Ukraine after Russia’s annexation of Crimea in 2014.

That summer, back when it was still a volunteer militia, it managed to recapture Mariupol from pro-Russian separatists.

The unit – whose fighters are highly trained and have a fearsome reputation – was officially integrated into the national guard in November that year.

This is a breaking news story – more to follow.