New betrayal of the brave: UK’s Afghan helpers must now prove they have ‘high and imminent risk’ to life if they want to come to Britain

The Home Office was last night accused of betrayal by narrowing the criteria for Afghans seeking refuge from the Taliban.

The new rules were laid out in a letter filed to the Commons library on Tuesday – rather than being announced in the House or by press release.

‘Ministers have quietly made it much harder for Afghans who worked alongside us to enter the UK,’ said Dan Jarvis, Labour MP and former paratrooper.

‘It is an utterly contemptible move that will lead to people being killed, including brave Afghans who stepped forward because we asked them to serve.’

The changes to the Afghan Relocations and Assistance Policy mean those directly employed by a UK government department or the military must have a ‘high and imminent risk’ to their life to be able to come to the UK. Under the previous rules, they needed only show an ‘imminent’ threat. 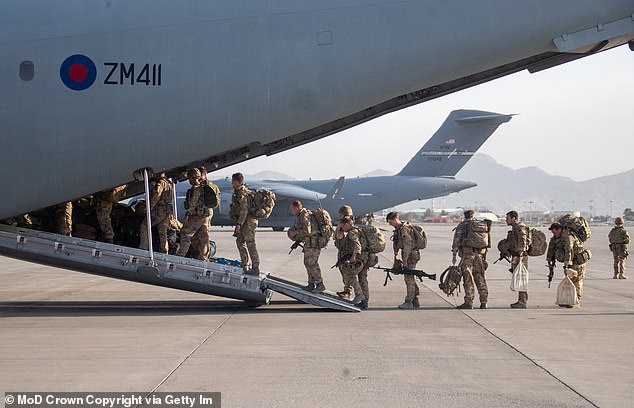 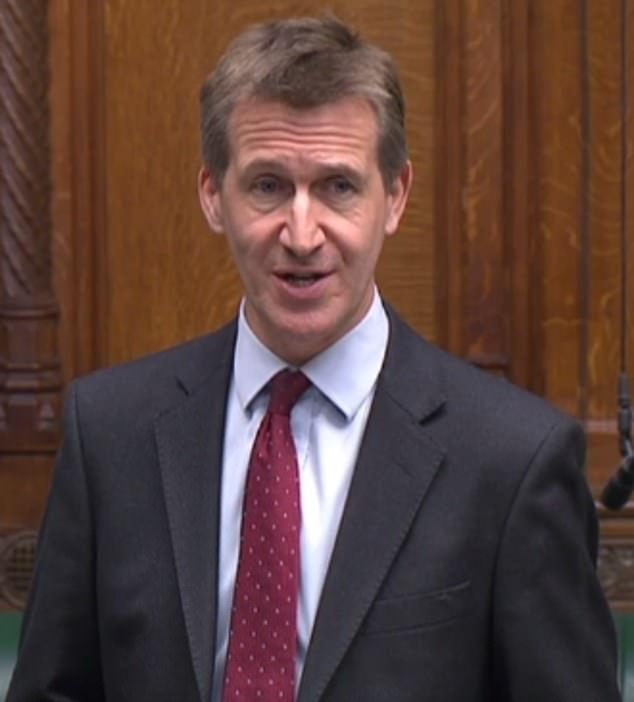 ‘Ministers have quietly made it much harder for Afghans who worked alongside us to enter the UK,’ said Labour MP Dan Jarvis 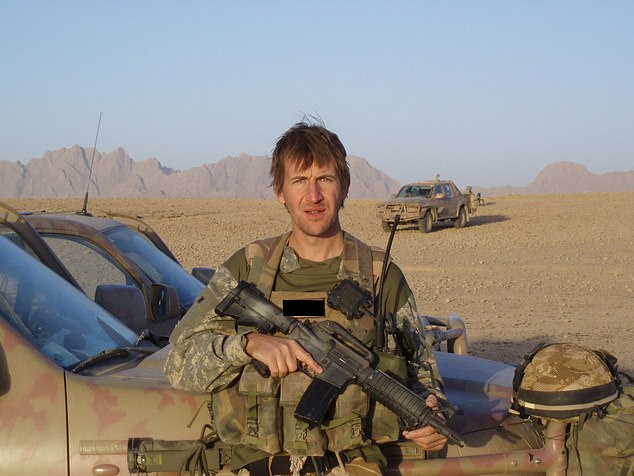 Mr Jarvis is a former paratrooper. He said: ‘It is an utterly contemptible move that will lead to people being killed, including brave Afghans who stepped forward because we asked them to serve’

Another major change means the scheme will now be limited to those who can prove they have ‘furthered the UK’s military and national security objectives’. The change comes just weeks after Boris Johnson promised a ‘warm welcome’ to Afghans who assisted UK forces or worked with the Afghan government. Johnny Mercer, a Tory MP who did three tours of service in Afghanistan, said: ‘I’m extremely concerned that now the spotlight has shifted, we are not doing what we said we would for the people we promised to look after.

‘The Defence Secretary, the Prime Minister, the Home Secretary, all have made a big play of saying how we will look after these people, and yet thousands of them are still in hotels with their children, and now this. It is truly shameful.’

Rafi Hottak, who was blown up in Helmand while interpreting for UK troops, said: ‘This can only be seen as another betrayal of those who risked so much for Britain and are targets because of it.

‘To change and tighten a policy with so many waiting to hear if they will be rescued is simply unfair.’

Thousands of Afghans who worked with the British across 20 years are said to be still waiting to hear if their applications under ARAP will be approved despite some applying up to six months ago.

One woman who worked as a teacher for the British Council and applied to ARAP two months before the Taliban swept into Kabul wept when she heard of the changes which came in with immediate effect.

She said: ‘How can an official sitting in the UK honestly and accurately access the risk to someone in hiding in Afghanistan?’ Since taking over the country in August, the Taliban have been hunting and killing those who aided the West.

The Taliban were ‘invited into Kabul’

The Taliban didn’t take Kabul – they were invited in, claimed Afghanistan’s former president.

Hamid Karzai, who led for 13 years after 9/11, said he had no choice but to open the gates to the militants after those in charge including Ashraf Ghani, his successor, fled.

Mr Karzai said the exodus scuttled a last-minute push for a negotiated agreement.

He said the Taliban said its gunmen would remain outside the capital until a deal was struck – but by August 15, ‘there was no official present at all’.

More than than 100 former Afghan national security forces and others have been killed since the takeover. Pictured: Members of Afghanistan’s security forces are seen in Herat on August 6, days before the Taliban takeover

Sara de Jong of the Sulha Alliance, which campaigns for interpreters, said ARAP applicants would now suffer twice: from the backlog and the change in rules. The Mail’s award-winning Betrayal of the Brave campaign has highlighted the cases of dozens of former military translators and Afghans who worked for the UK but were not airlifted out.

Victoria Atkins, minister for Afghan resettlement, said: ‘We undertook the UK’s biggest and fastest emergency evacuation in recent history, helping over 15,000 people to safety from Afghanistan who we are continuing to support.

‘We are now updating the ARAP immigration rules to make clear who is eligible to apply under the scheme, enable more families to remain together, and offer support to who need it most.

‘The Afghan citizens resettlement scheme will soon open and is one of the most generous schemes in our country’s history.’ The change is unlikely to affect translators as they all pass the ‘high risk’ test but will affect many others unable to escape so far.