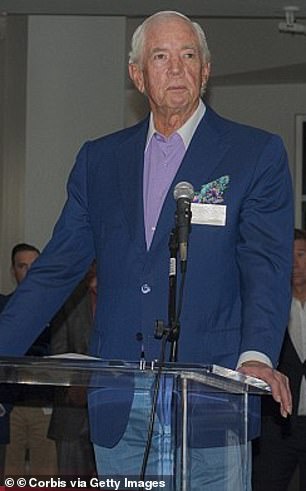 Peter Mullin, 78 (pictured) has won his fight with West Oxfordshire District Council to get plans approved for his futuristic car museum, race track and 28 holiday lodges in the Cotswolds

A US billionaire has finally declared victory in his battle to build a £150million car museum in the middle of the Cotswolds – to the fury of celebrities who live nearby.

Enraged locals claimed the new facilities will only be accessible to the ‘super-rich’ and ruin the peaceful countryside.

Sir Patrick Stewart, 78, lives in a house nearby and branded the plans ‘elitist’, but his neighbour and former Top Gear presenter Jeremy Clarkson is fully behind them.

The decision is bound to cause controversy among its rich and famous neighbours. The luxury Oxfordshire village is a hot spot for celebrities and their holiday homes, including David and Victoria Beckham and Kate Moss.

It is also the location of Soho Farmhouse, a rural extension of London’s Soho House, where Meghan Markle had her hen party.

Old Etonian Nicholas Johnston owns the 3,500-care estate that dominates the area, which has seen Soho Farmhouse and the Cornbury Music Festival referred to as ‘Poshstock’ introduced to the area. 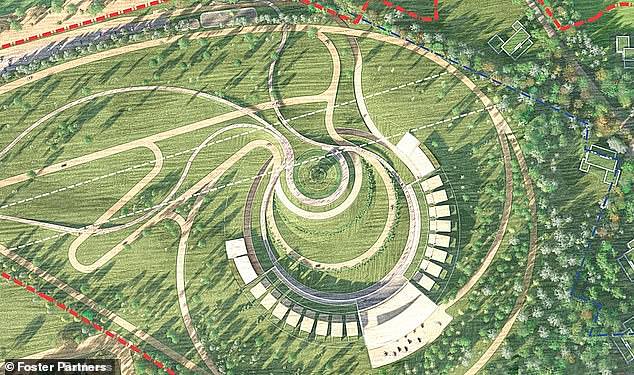 Pictured: An artist’s impression of what Mr Mullin’s development of the Enstone Airfield site would look like 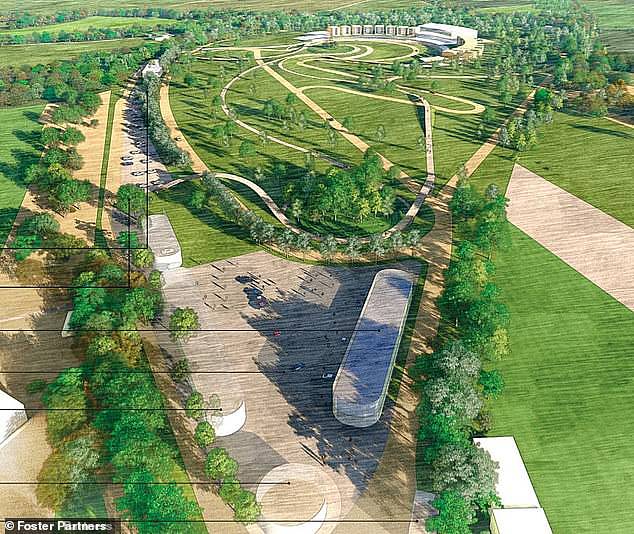 David Cameron, whose former constiuency Witney is nearby, was a regular at the festival.

Mr Johnston had promised to invest £11million to restore the crumbling Great Tew manor house, but this is yet to happen.

The planning application received 180 objections and 220 endorsements from locals.

Sir Patrick wrote: ‘I want to emphasise the disruption, annoyance and inappropriateness of the traffic movements involved.

‘There is also too much of a commercial and elitist aspect to all this. Fabulously expensive historic cars, Bentley cars showroom and houses costing £5-£6 million.

‘This is a greenfield site and there is no mention of affordable housing. This area is of notable beauty, tranquility and is accessible to all, resident and non-residents alike.’ 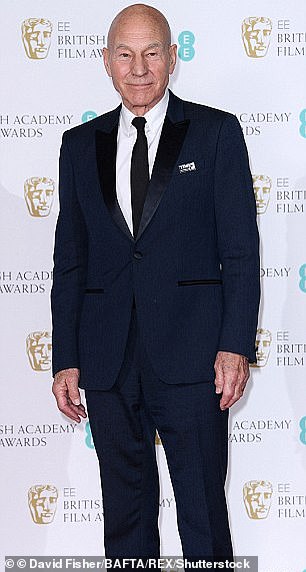 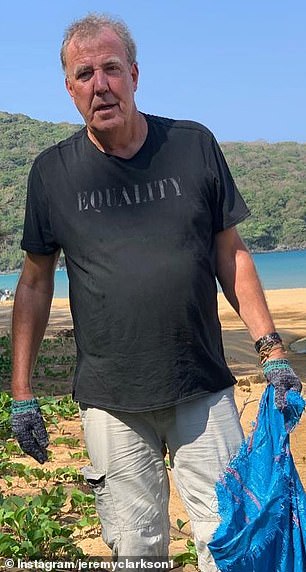 Sir Patrick Stewart, 78 (left), lives in a house nearby and branded the plans ‘elitist’, but his neighbour and former Top Gear presenter Jeremy Clarkson (right) is fully behind them

They read: ‘Exclusivity of the site which can only be accessed by the super-rich will lead to segregation between the guests and the community.

‘These houses will only be accessible to those who are within the circle of the super-rich.

‘This will alter the social dynamic of an area whose history goes back for centuries.’

The letter continues: ‘Local housing prices will go up even further due to more overprices properties and demographic of super-rich moving in – ‘Soho Farmhouse effect”

Locals also raised concerns over the museum being open seven days a week, giving locals no break from the noise and traffic. 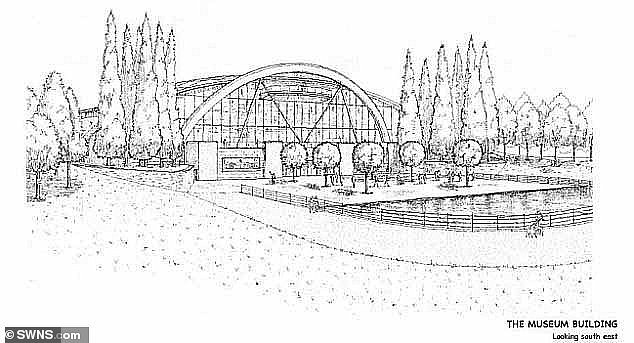 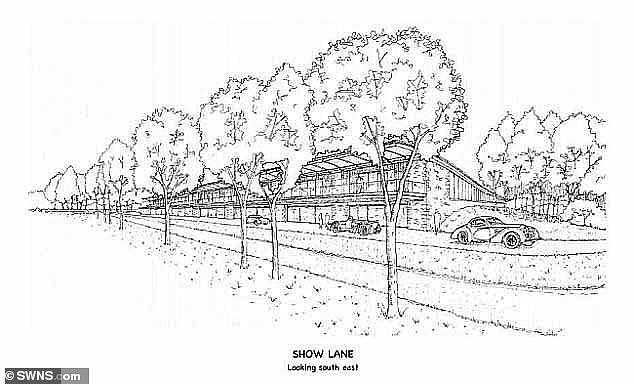 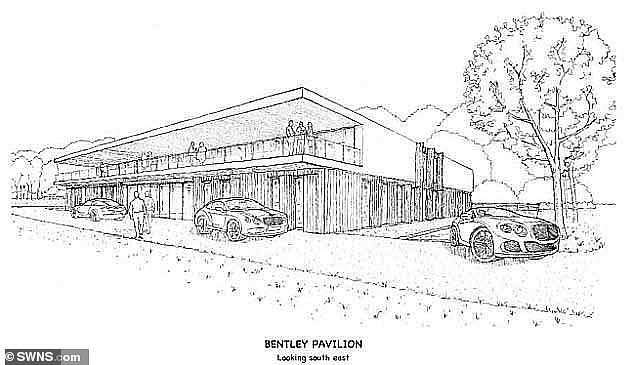 Finally, the adds: ‘There are already motor museums nearby at Gaydon and Bicester which have much better links to dual carriageways and motorways.’

But Mr Mullin, who is president of the American Bugatti Club, told planners his brainchild will ‘bring significant inward investment at a time when there is uncertainty over Brexit’.

He told councillors he wants the development to be his ‘legacy’ and added: ‘The project has a huge opportunity, particularly in this gorgeous area of the Cotswolds, to create a number of positive things – both in education and visitor appreciation.

‘The automobile and Great Britain are indivisible.

‘Its impact on our modern way of life is immeasurable. 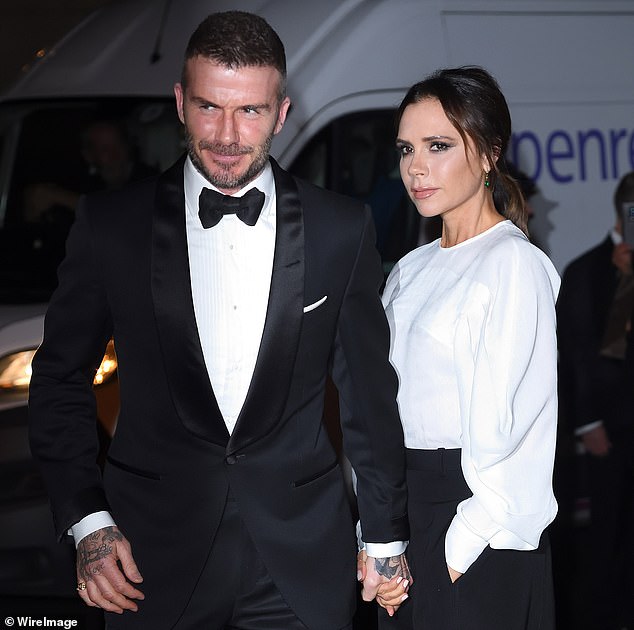 ‘Our goal is to create jobs, generate significant business rates and taxes and most of all to leave a legacy for the generations of the future.’

He says he will give £1.7million of the £150million to pay for an unspecified number of affordable homes, as well as a car park for a local school, traffic calming measures and a community bus service around the Enstone Airfield site he plans to redevelop.

Those who wrote in favour of the proposals said: ‘The museum is not all about speed and noise from the exercise track and the super-rich.

‘It is a museum celebrating motoring heritage and accomplishments from within Britain and the UK. Britain has strong ties to this industry and so this should be celebrated.

‘The design will be of a world-class standard and could incorporate very well into the surrounding countryside.’

Mr Mullin has already masterminded the Mullin Automative Museum in Oxnard California, which was completed in 2010. 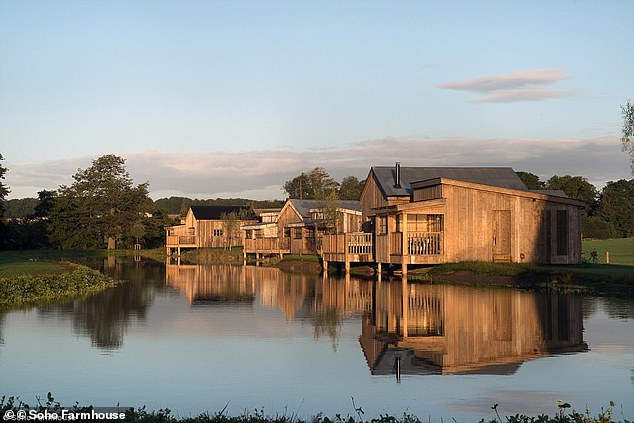 It is also the location of Soho Farmhouse (pictured) a rural extension of London’s Soho House, where Meghan Markle had her hen party

The Duchess of Sussex (pictured right) visited Soho Farmhouse with her Made In Chelsea reality TV star friend Millie Mackintosh before she went public about her relationship with Prince Harry. She is believed to have celebrated her hen party there