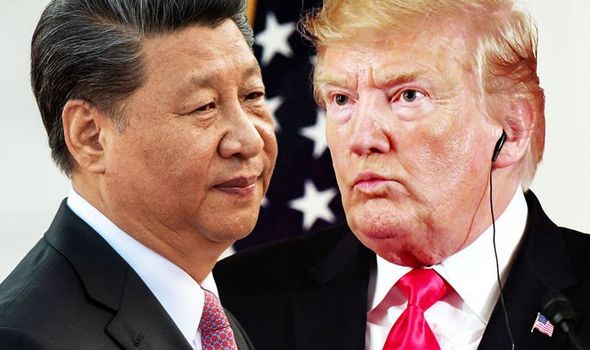 The US President’s strong words come just weeks after Washington increased levies on $200billion worth of imports coming into the US from China. After Mr Xi’s administration refused to confirm a meeting between the two leaders was in the diaries for later this month, Mr Trump said there will be consequences if the Chinese leader fails to show. In an interview with CNBC, the Republican president was asked if he would immediately impose tariffs on an additional $300billion worth of Chinese imports.

Mr Trump responded: “Yes, it would.”

He added: “And I think he will go an I think we are scheduled to have a meeting.

“I think he’ll go and I have a great relationship with him. He’s actually an incredible guy, he’s a great man, very strong and very smart.

“But he’s for China and I’m for the United States – it’s a very simple stat.” 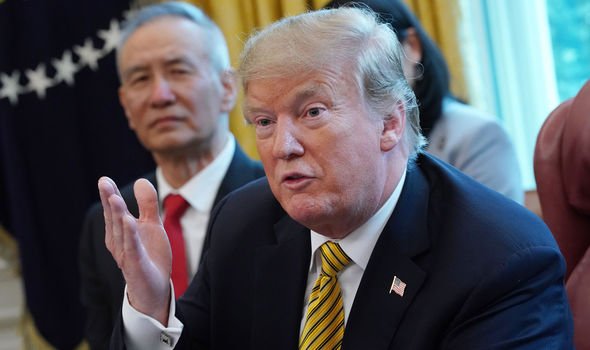 Mr Trump said he would be surprised if Mr Xi pulled out of attending the summit in Osaka, Japan, on June 28-29, where the heads of 19 countries and the European Union are expected to meet.

The trade war between Washington and Beijing is showing no signs of letting up.

Mr Trump said his administration is taking “35 percent to 40 percent” of Chinese goods coming into the US.

He said if a trade deal is not struck in the near future, “there are another 60 percent and that’ll be taxed”. 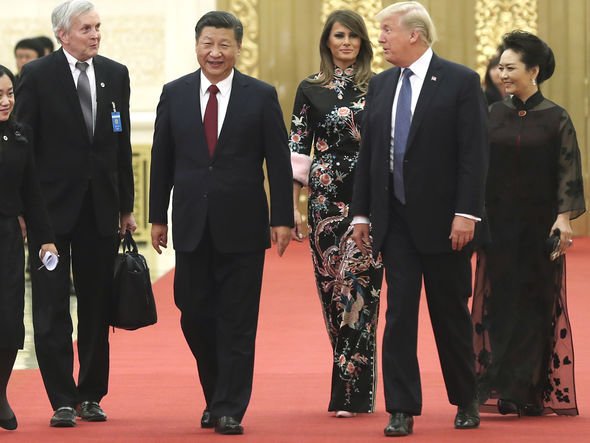 The two leaders have forged a strong bond since Mr Trump came into office in January 2017.

Mr Trump, a longtime fan of tariffs, said slapping levies on American’s trading partners is necessary in order to bring them to the negotiating table.

He said: “Tariffs are a beautiful thing when you’re the piggybank, when you have all the money”.

“Everyone’s trying to get our money – China – and the China deal’s going to work out, you know why? Because of tariffs.

“Because, right now, is getting absolutely decimated by companies that are leaving China, going to other countries, including our own because they don’t want to pay the tariffs.

He said he believes the situation brought about by tariffs will force the Chinese government to the negotiating table to make a deal with the US.