Chill out! Moment Tuukka the husky gets his own ice bath after struggling with the heat on his Florida holiday

This is the charming moment a husky is treated to an ice bath while on vacation to Florida.

With temperatures sky rocketing, Mr Smith noticed that his pet was struggling with the incessant heat. 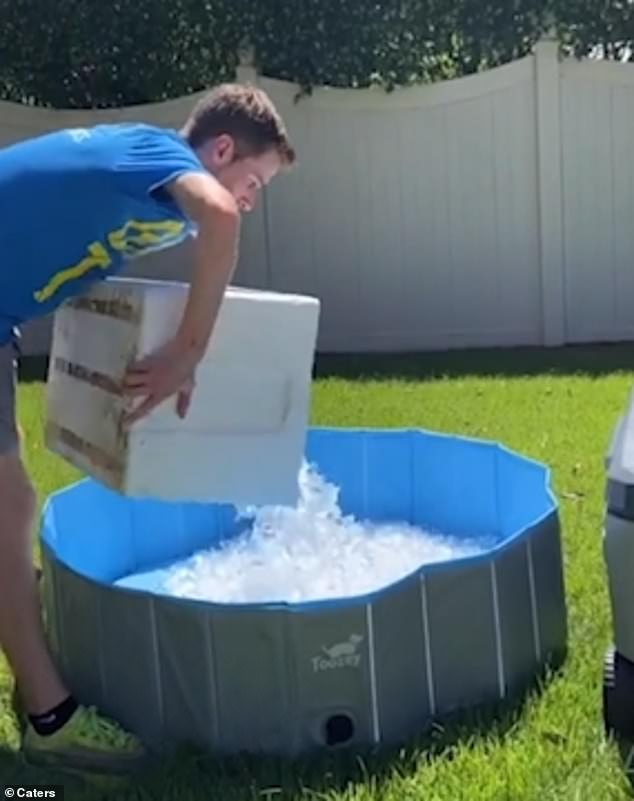 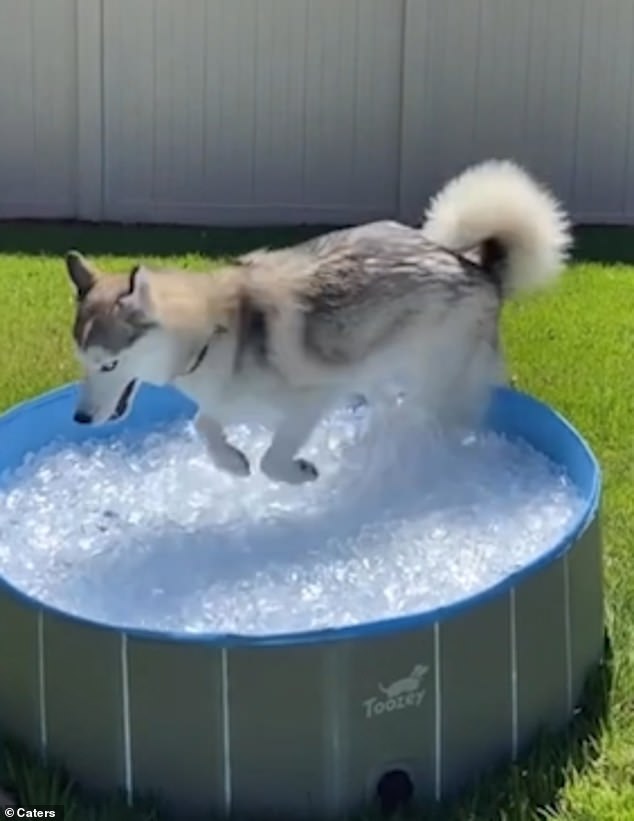 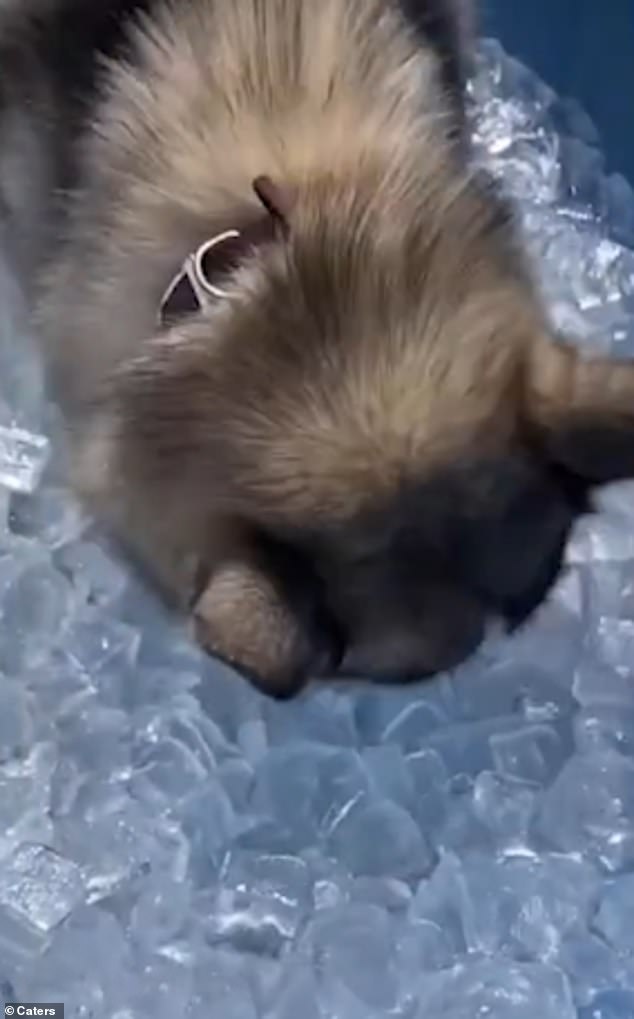 So he and his family filled a small paddling pool with several buckets of ice.

As soon as the pool was full, Tuukka bounded over and jumped into the ice, burying his head beneath the frozen surface.

The husky then started eating some of the ice in his effort to keep cool.

Mr Smith said: ‘Tuukka loves to spend time outside but he’s not used to the heat in Florida.’