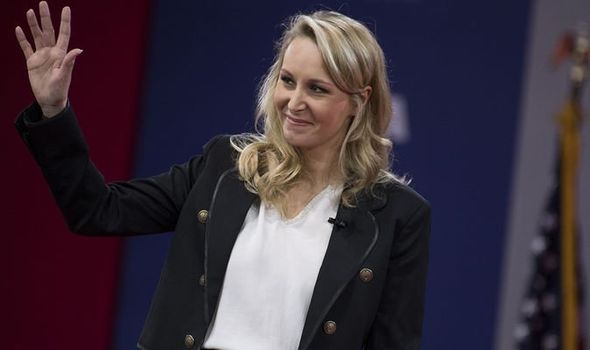 Mrs Maréchal-Le Pen, a former lawmaker whose aunt is RN chief Marine Le Pen, called for the creation of a “grand coalition” between the “popular right” and the RN, saying that the far-right “cannot capture the conservative vote on its own.”

The French far-right won last week’s EU parliamentary elections with more than 20 percent of the vote, while the traditional right came in fourth place with a dismal 8 percent.

“But what I believe is crucial is for a grand coalition between the flailing centre-right and the Rassemblement national to emerge from the ashes of the crisis at Les Républicains,” she continued.

Across Europe, the centre-right has lost support as voters have drifted towards fringe parties, such as Mrs Le Pen’s far-right, populist RN.

“Victories are collective, defeats are solitary. That is the way it is. I have to take my responsibilities,” Mr Wauquiez said on TF1 television earlier on Sunday.

“During the past week, I did everything to try to meet those of good will. But I see, (…) that there is a risk of a return of leadership wars and desires of revenge. I do not want to be an obstacle at any price,” he continued. 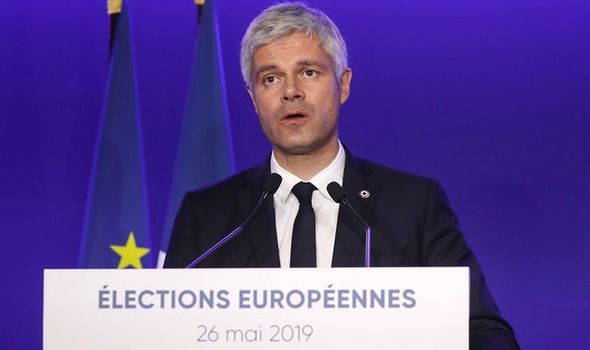 The dismal showings of the former ruling party and the traditional Socialist Party in the EU election shows that both parties have failed to recover from Mr Macron’s 2017 election victory and are currently struggling to counter Mrs Le Pen’s growing mainstream appeal.

While parties committed to strengthening the European Union held on to two-thirds of seats in the EU parliament in last week’s vote, far-right and nationalist opponents saw strong gains.

Sovereignist, anti-Brussels parties like the RN are now looking to create a new parliamentary bloc they hope will shake up the EU from within and disrupt attempts by europhiles to forge closer EU integration.

However, the far-right and other nationalists, including Nigel Farage’s Brexit Party, the RN, Italy’s popular League party and the ruling parties of Poland and Hungary may struggle to overcome long-standing differences and turn what may be about a quarter of parliament’s seats into a united force capable of upturning the status quo.