The head coach of the Melbourne University Weightlifting and Powerlifting Club is suing a female athlete for defamation after she accused him of sexual harassment.

Student athlete Dori Qu, 22, lodged a sexual harassment complaint against her coach, Robert Wilks, with Powerlifting Australia, the national sporting body he heads as chief executive. The allegations have since been filed in court as part of Mr Wilks’ defamation action. 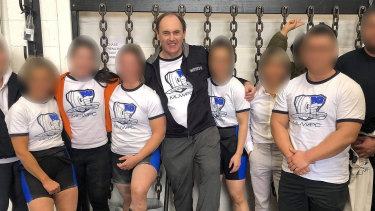 Melbourne University has suspended Mr Wilks, 67, from his volunteer position while he is investigated over a series of incidents which allegedly took place earlier this year.

Ms Qu, a Chinese international student at Melbourne University who agreed to be identified by The Sunday Age, had alleged that Mr Wilks began making sexual advances to her in late March.

Ms Qu claimed the advances started after she was involved in an internal dispute at the university club, where Mr Wilks is an unpaid coach.

“[Mr] Wilks told me that he was ‘the only one on the committee that is truly on my side’, and that he would help me,” her letter of complaint reads, according to court documents.

“This sentiment soon developed into, ‘I have done so much for you. I did all that for you. Why can’t you do something for me?’ and he would ask for sexual favours.”

The complaint goes on to allege that Mr Wilks pressured Ms Qu into sexual encounters at her apartment.

“He would call me and not let me get off the phone until I said he could come to my apartment. Then as soon as he walked in, he would say he already took a viagara (sic) and ask me to orally gratify him,” her letter states. 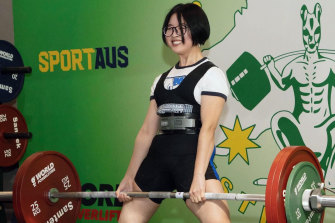 Dori Qu, 22, an athlete from the Melbourne University Weightlifting and Powerlifting Club,

“If I refused, he would either get angry and accuse me, or cover his face and start crying and say I was torturing him.

“He would also insert himself when I have clearly said no. He would ask me to ‘just trust me’ or ‘just do it’ [and] he would make me watch when I closed my eyes, trying to dissociate from the situation.”

Powerlifting is similar to the Olympic sport of weightlifting, focusing on the squat, bench press and deadlift barbell movements. Ms Qu is listed to compete in the 53kg female class of the Australian Powerlifting Championships to be held next week.

In his writ, Mr Wilks claims that he has been involved in the powerlifting community for more than 40 years as a coach and administrator. He also cites his invention of the sport’s “Wilks formula” scoring system and his qualification as a practising clinical psychologist.

Ms Qu said in her letter that before the incidents, she revered Mr Wilks because of his reputation in the powerlifting community, and that she was vulnerable and ostracised from the club when his advances started.

Ms Qu said she “finally had the courage” to tell Mr Wilks to stop contacting her in May, to which he became “furious”.

“[He] threw many accusations my way. He claimed that I seduced him, because I got close to him. He accused me of being insincere and always deflective and passive in this ‘relationship’,” she said, according to court documents.

Ms Qu said the coach later tried a number of times to touch her. When she refused him, she alleges he banned her from partaking in her volunteer administration roles at the club. 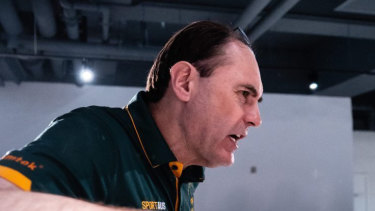 In her letter, she said she was prompted to report the allegations to Powerlifting Australia after making contact with another woman who she claims “suffered what I suffered”.

“And no one believed her, so she left the club. She is also a petite Asian girl who I do not doubt trusted the coach and was very vulnerable,” Ms Qu wrote. “Two of us spoke up. How many more were there besides us?”

According to court documents, Ms Qu sent the email outlining her allegations on July 5 to two women on the Powerlifting Australia executive.

“I plead that you’ll hear me and believe me. I am willing to talk to you in person and provide more information,” she wrote.

Two days later, Mr Wilks responded with a letter from his lawyers before filing a writ in court on July 15. Mr Wilks was not sent the original email and it is unclear from the court documents how he obtained a copy.

Mr Wilks is also taking action over two text messages that Ms Qu sent to other club members warning them about his behaviour towards “petite young Asian girls”.

“I have been silent about it because I was worried that no one would believe me, and I also thought that this would go away,” she said to one woman, according to court documents.

“But it has come to my knowledge that he has done what he did to me to another girl a few years ago.

“I can’t leave the club knowing that he could hurt someone else.”

Mr Wilks claims Ms Qu published the email and texts as part of a campaign to discredit his reputation with Melbourne University, the club and the Australian powerlifting community.

Mr Wilks claims that he was in an intimate relationship with Ms Qu that he ended before she sent the email and text messages.

Powerlifting Australia’s Member Protection Policy, signed by Mr Wilks as chief executive, recommends that athletes and coaches do not engage in intimate relationships even if they are consensual.

”We take the position that consensual intimate relationships between coaches or officials and the adult athletes they coach should be avoided as they can have harmful effects on the athlete involved, on other athletes and coaches and on the sport’s public image,” the policy states.

“These relationships can also be perceived to be exploitative due to the differences in authority, power, maturity, status, influence and dependence between the coach or official and the athlete.”

Melbourne University confirmed Mr Wilks had been suspended while it investigated allegations of sexual misconduct. A spokesman said Ms Qu was offered counselling and support immediately after her complaint was made.

“While the coach is not engaged or paid by the University, the club and its members are required to comply with relevant University of Melbourne policies and procedures.”

Mr Wilks’ lawyer said it would not be appropriate to make any further comment.

In response to questions to the five-person Powerlifting Australia board, member Mary Macken declined to comment for privacy and legal reasons.