SOLAR storms can have substantial effects on the Earth as well as the atmosphere.

A solar flare is expected to hit earth on October 12, 2021, raising concerns it could cause mass disruption – so what do we know about them? 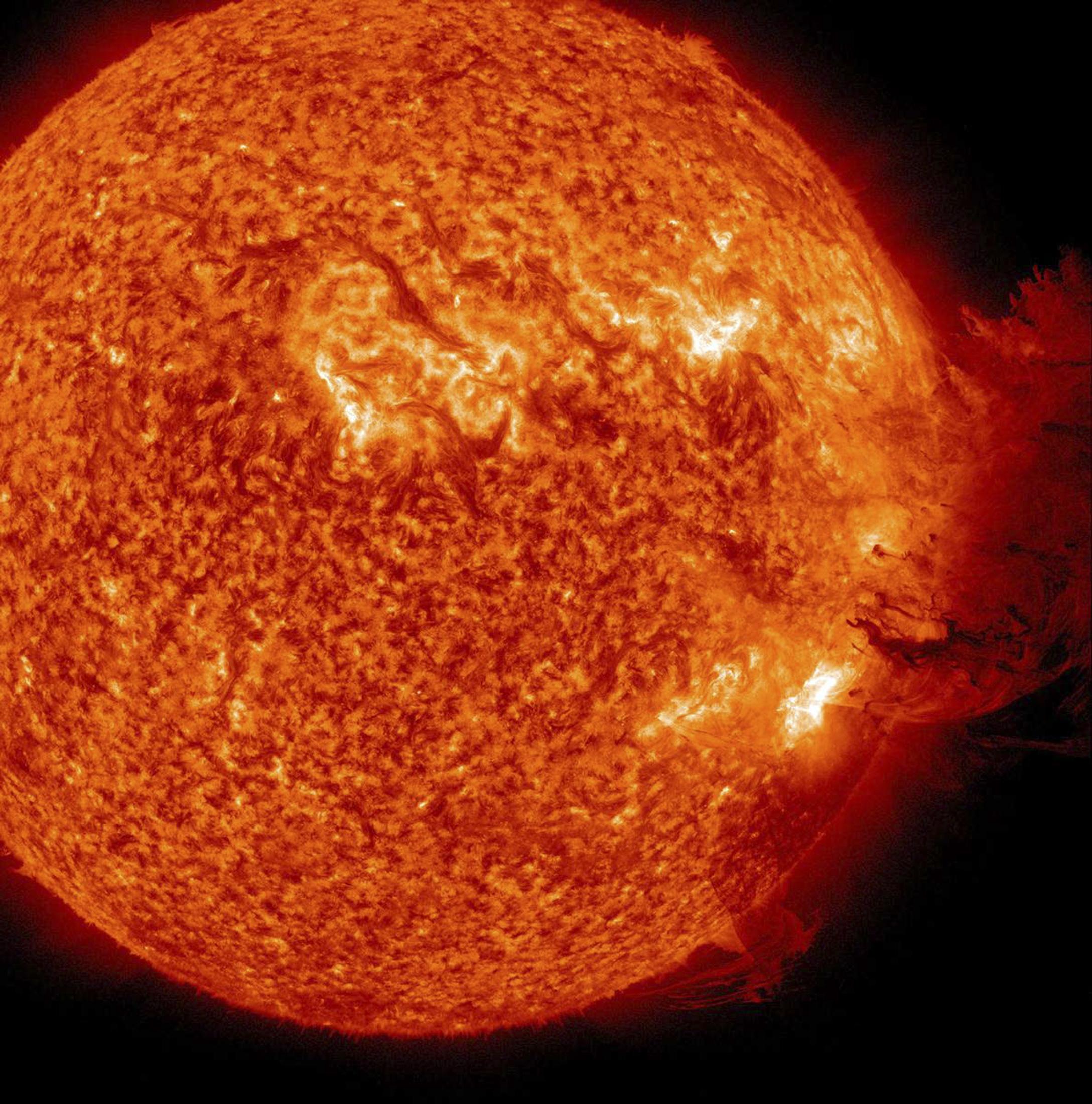 What is a solar storm?

Also known as a geomagnetic storm, it is a temporary disturbance of the Earth’s magnetic field, caused by radiation and streams of charged particles from the sun.

The storms occur when the sun emits huge bursts of energy and a flash of increased brightness in the form of solar flares and what are known as “coronal mass ejections” (CME) – streams of charged plasma that travel at millions of miles an hour.

These send a stream of electrical charges and magnetic fields towards the Earth at a speed of around 3,000mph.

Scientists have discovered that the frequency of solar flares appears to follow an 11-year solar cycle. The Earth is currently at the start of a new cycle.

When a solar storm strikes it usually creates a spectacular “Northern Lights” display in parts of the atmosphere that can be seen in areas close to the Arctic Circle.

As the solar flare heads towards the Earth, it brings the aurora to lower latitudes, allowing the stunning green hue to become visible from the UK.

The solar storms cause bright, colourful dancing lights in white, green, pink and purple that illuminate the sky and are considered an incredible sight.

Colour variations occur when different types of gas particles collide with the charged particles. The most common colour for the aurora is green, which is created when oxygen molecules about 60 miles above the ground react with the particles, whereas nitrogen causes a blue or purple hue.

The lights are best witnessed around the magnetic poles of the northern and southern hemispheres and they are called the “Aurora Australis” or “southern lights” in the south.

What are the effects on Earth?

A solar flare has the ability to disturb the Earth's atmosphere, disrupting radio signals, power grids and causing a shift in auroras.

The October 2021 category G2 geomagnetic storm is regarded as "moderately strong", prompting warnings it could cause major issues with power supplies.

It could impact Earth from around 5pm BST (12pm ET) today, according to both the Met Office and the US's National Oceanic and Atmospheric Administration.

It could also disrupt satellite signals, which may experience "orientation irregularities".

The Earth's magnetic field helps to protect us from the more extreme consequences of solar flares.

As well as causing issues for our tech on Earth, they can be deadly for an astronaut if they result in injury or interfere with mission control communications.

Scientists classify strong solar flares into one of three categories: C, M or X (with A and B classes, too, for weaker eruptions).
There's a tenfold increase in power from one class to the next, so an X flare is 10 times stronger than an M flare, and 100 times more powerful than a C.

However, minor flares really have no impact on Earth at all while those in the M category can create brief radio blackouts at the poles and small storms.

What did scientists say about solar storms?

Scientists have warned that the Earth is due for a major solar storm within the next century.

A 2019 study showed that the sun is capable of producing volleys of solar radiation, which have been dubbed "superflares".

Just one of the superflares could wipe out all technology on Earth – potentially causing trillions of pounds worth of damage and plunging the planet into chaos.

Lead expert Dr Yuta Notsu, from the University of Colorado, Boulder, said: "Our study shows that superflares are rare events.

"But there is some possibility that we could experience such an event in the next 100 years or so."

A superflare could wreak havoc across the world – depleting the ozone layer, exposing airline passengers to high radiation and loss of radio contact.

Experts have even suggested it could lead to a "low-level extinction event". 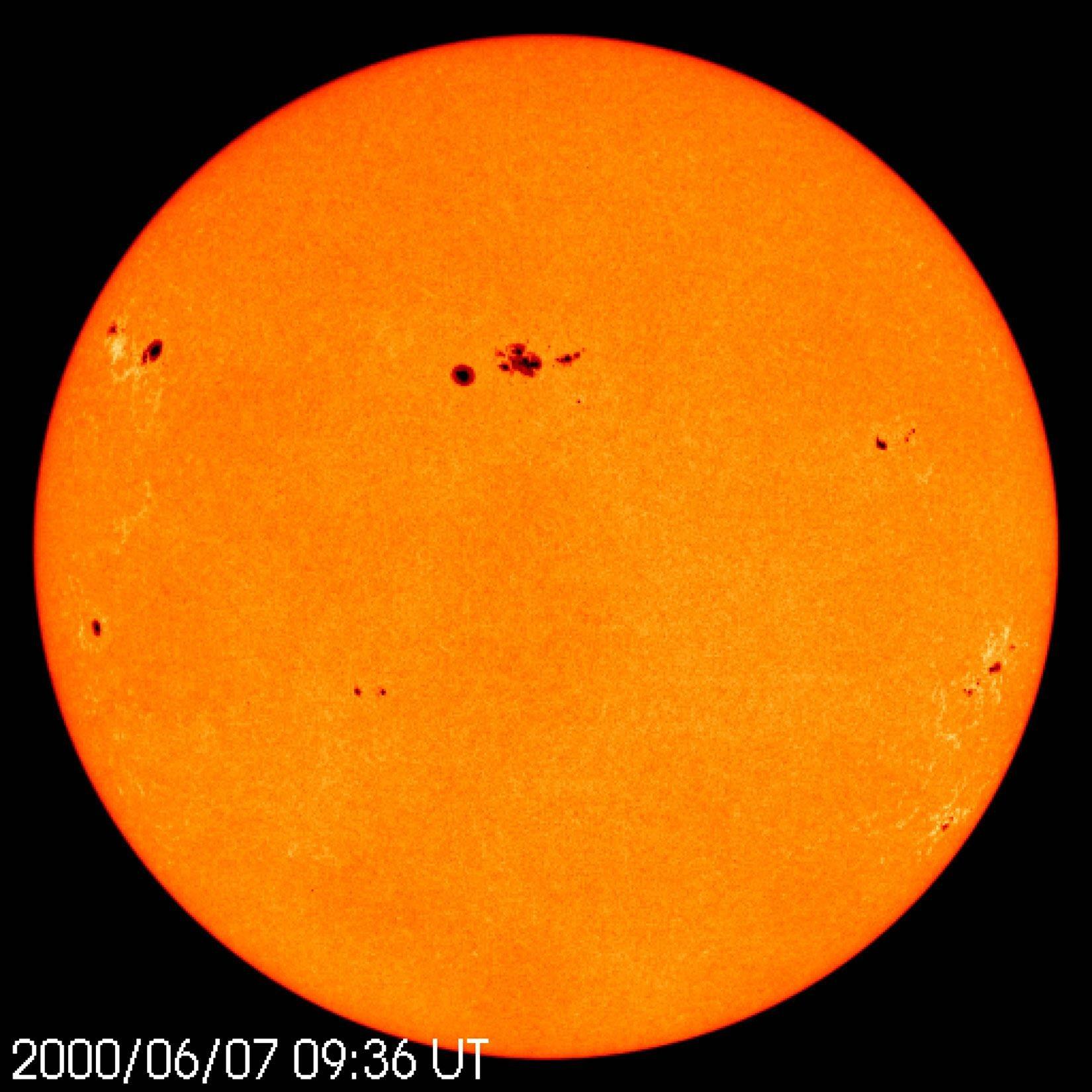