All-star guard Jewell Lloyd became the highest-paid player in the WNBA when she re-signed with the Seattle Storm on a two-year $463,030 contract earlier this year, according to the Associated Press, earning an average of $231,515 a season. The four-time WNBA All-Star and former No. 1 pick from Notre Dame is in her seventh season in the league. She helped lift the Storm to WNBA championships in 2018 and 2020.

The second-highest-paid player in the league is on the same Seattle roster, according to Spotrac.com. All-Star forward Breanna Stewart signed a one year, $228,094 extension with the Storm after testing free agency, USA TODAY’s For The Win reported.

Many of the players on the list also play in leagues overseas, where the pay can be better.

Phoenix Mercury Center Brittney Griner, who U.S. officials say has been “wrongfully detained” in Russia since February, was playing in the country’s women’s basketball league when she was arrested at an airport near Moscow. 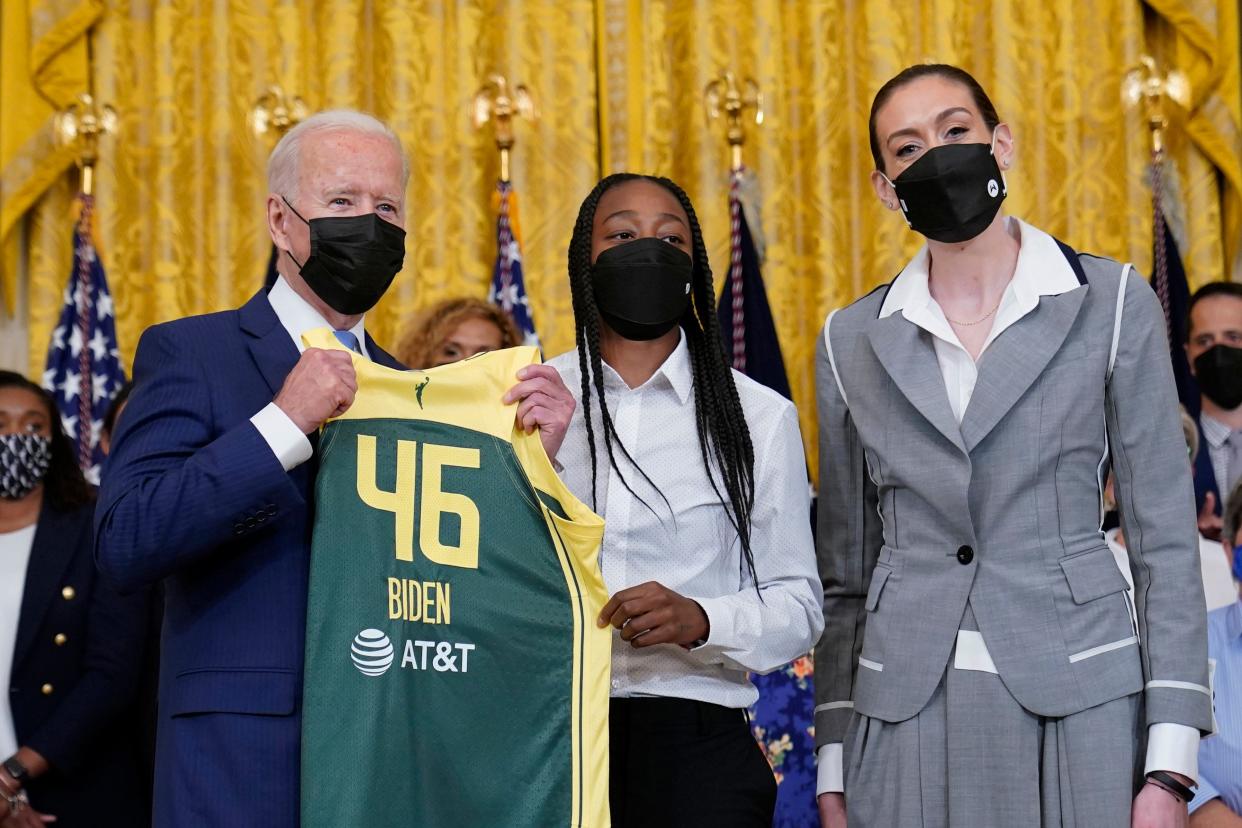 What is life in Russian prison like for Griner?: Writing letters, reading Dostoevsky

Opinion: Brittney Griner looms large at WNBA All-Star Game, even from half a world away

Who are the highest paid WNBA players?

Who is the NBA’s highest-paid player?: Steph Curry, Lebron James lead the pack of top earners

07/11/2022 World News Comments Off on Who are the highest-paid players in the WNBA? They play for the Seattle Storm
Recent Posts