STEPHANIE Grisham and ex-boyfriend Max Miller made headlines back in 2020 for their tumultuous relationship.

The pair have since broken up and are embroiled in a legal battle over their previous union. 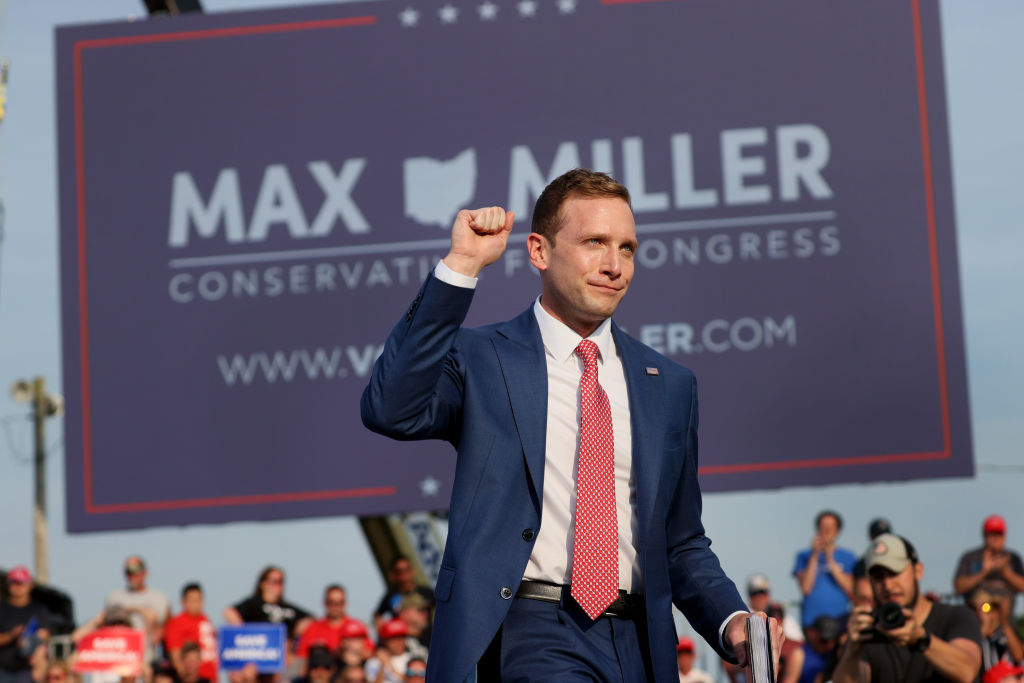 Max Miller is an American politician and former aide for Donald Trump's campaigns.

The 32-year-old is a candidate for the Republican nomination for a seat in the US House of Representatives, representing Ohio's 16th congressional district in the 2022 election.

He was endorsed by Trump for the 2022 election, as his rival, current GOP Rep. Anthony Gonzalez announced he was not seeking to be re-elected.

Prior to Miller’s career in politics, he joined the Marine reserves as a corporal in 2013. 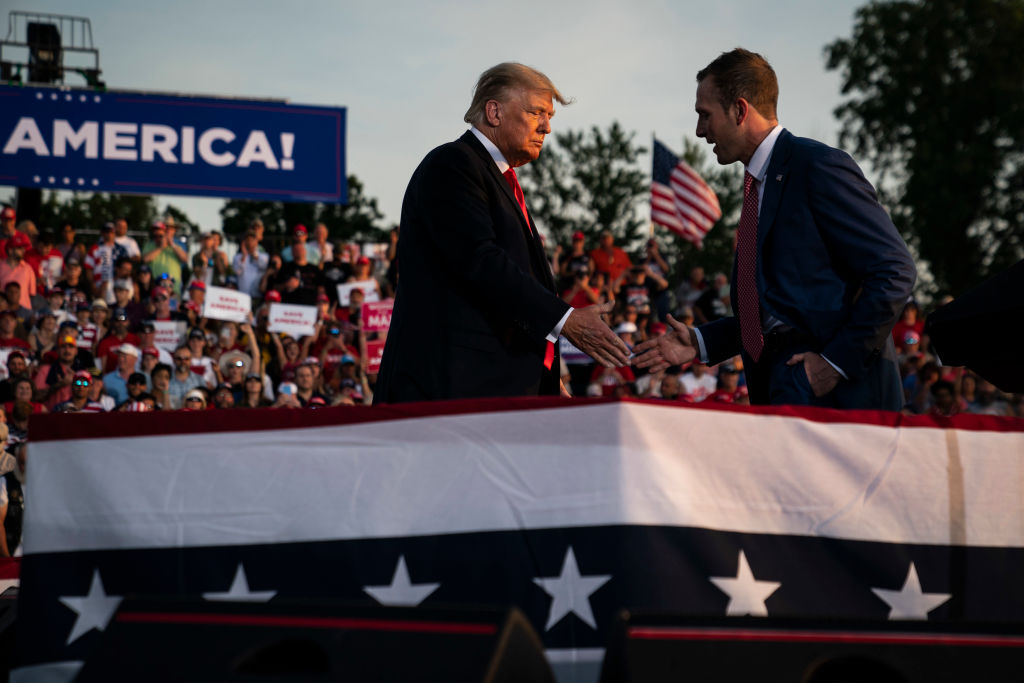 In 2019, he was transferred from the Selected Marine Corps Reserve to the Individual Ready Reserve.

Grisham, who was the former chief of staff for Melania Trump, dated Max Miller briefly in 2020.

The pair reportedly had a rocky relationship as Grisham accused Miller of “abuse in every way there,” according to an interview she did with CNN’s Jake Tapper.

She alleged that Miller got violent when she confronted him in his Washington DC condo, accusing him of cheating on her, sources told Politico.

Sources told Politico that he allegedly pushed her against a wall, slapped her, and threw a dog-toy tennis ball at her.

They also claimed that on other occasions, she tried to grab her in the elevator when she was trying to leave after arguments.

Grisham also reportedly said that she informed Trump and Melania of Miller’s alleged behavior but claimed that neither did anything to help.

Miller is suing Grisham as he claims through his lawyer, Larry Zukerman, that she made “libelous and defamatory statements” that he abused her toward the end of their relationship.

Miller says that Grisham made the claims to harm him and to sell more copies of her memoir, I’ll Take Your Questions Now: What I Saw at the Trump White House.

In addition to her memoir, Grisham published an op-ed in the Washington Post detailing the alleged abuse she suffered in the relationship, though she did not name Miller.

Grisham addressed the op-ed with Tapper on CNN, saying: “I didn’t put his name in there on purpose because I’ve moved on.

“If there’s anything I can take away, I’m almost stronger than ever now, and no one is ever going to abuse me again in any way, shape or form.”

Miller has vehemently denied the allegations against him. His attorney, Larry Zukerman of Cleveland, sent The US Sun this response in regards to the allegations.

"Ms. Grisham’s allegations that Mr. Miller was violent and physically abusive towards her are absolutely untrue," the statement read.

"Ms. Grisham is using her web of deceit against Mr. Miller as a platform to promote and bolster the sales of her recently released book 'I’ll Take Your Questions Now:  What I Saw at the Trump White House.'

"Unemployed and unbelievable, Ms. Grisham candidly confessed during an interview with George Stephanopoulos earlier this week that she is a professional liar," the statement continued referring to her admission that she had lied for Trump.

"A thorough and independent investigation will not only confirm that Ms. Grisham has 'no proof' to corroborate her allegations against Mr. Miller as she preemptively conceded in her article that was published in the Washington Post this morning, but will also establish that she has made false allegations against him in retaliation for him breaking her heart by ending their relationship and subsequently becoming engaged to Emily Moreno," the statement read.

"Ms. Grisham’s email correspondence to Mr. Miller after their relationship ended, reflect her continuing to profess that she loved him 'more than anything,' attempting to terminate the lease to her apartment so she could move in with him, reminding him that he was 'her best friend,' 'someone who wouldn’t hurt her,' 'someone who she felt safe with,' and someone who she 'knew with no doubt would crush a person' for her.

"Feeling 'betrayed,' 'beyond devasted,' and desiring for Mr. Miller to 'feel how much pain' he has caused her by ending their relationship, Ms. Grisham now seeks her revenge against and is trying to destroy Mr. Miller’s reputation, political career, and personal life with her false allegations," the statement concluded.

The case is assigned to Judge Emily Hagan, who denied the request for an emergency restraining order on October 5.

The US Sun reached out to Grisham and HarperCollins for a comment.

Who is Max Miller dating now?

In June, Miller got engaged to Emily Moreno, 27, the daughter of Republican US Senate candidate Bernie Moreno.

The pair rekindled their romance after dating briefly in 2015.