Wokery will be the death of Hollywood: Mass dumping of white male writers in favor of women and people of color will end in class-action lawsuit, showrunner warns, as popular shows tank

Growing emphasis on diversity in Hollywood will be the death knell of showbusiness as white men are cast aside for minorities in a trend that’s likely to end in a sizeable lawsuit, entertainment insiders warn.

A shift toward wokeism – pushed by the Academy Awards and left-leaning networks – has stifled creativity as writers tread carefully to avoid offending any viewers, according to an article by LA-based writers Peter Kiefer and Peter Savodnik published on Bari Weiss’s Common Sense substack.

As once-popular shows such as the Sex and the City reboot tank, one showrunner shared a series of emails that detailed how women and people of color applicants are getting preferential treatment.

‘This is all going to end in a class action lawsuit,’ he told the reporters. 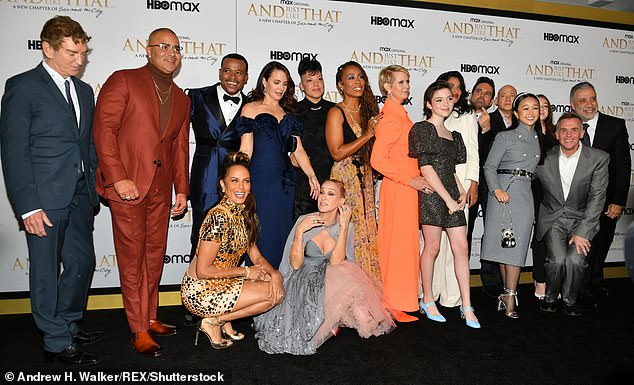 The entertainment industry is increasingly favoring diverse casts of writers and actors, such was the case with And Just Like That, a Sex and the City reboot. The cast and crew is pictured during the December 8, 2021 premier 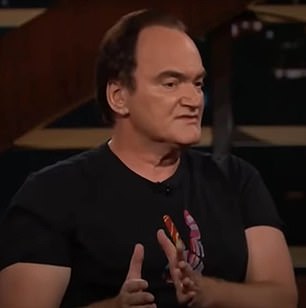 The entertainment industry – once ruled by John Wayne films and period pieces – is working to atone for its white-dominated past.

The Academy Awards is leading the charge with its ‘aperture’ initiative, which in 2024 will require best picture films to meet two of four racial, ethnic, or sexuality standards to be eligible for the coveted golden trophy.

The industry’s most prestigious industry has pointedly begun breaking recognizing minority talent during its annual ceremony. In 2020, the critically-acclaimed South Korean movie Parasite became the first foreign film to pickup the award for best picture.

While no one doubted the merit of those being awarded, some – such as veteran film producer Howard Koch – said the growing emphasis on racial diversity has gone to extremes.

‘I’m all for LGBT and Native Americans, blacks, females, whatever minorities that have not been served correctly in the making of content, whether it’s television or movies or whatever, but I think it’s gone too far,’ he told Bari Weiss.

‘I know a lot of very talented people that can’t get work because they’re not black, Native American, female or LGBTQ.’ 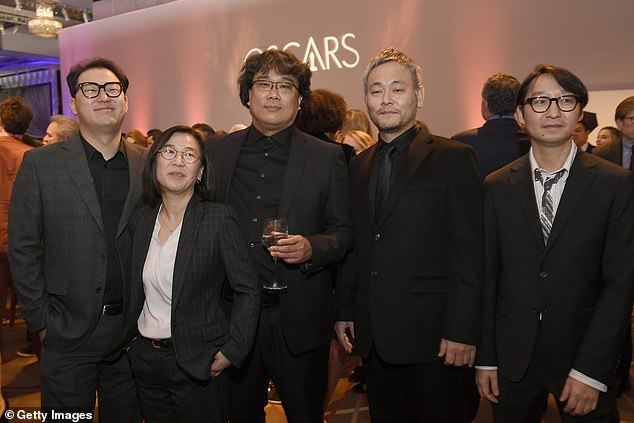 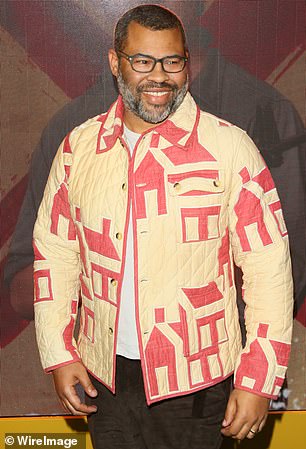 Jordan Peele, whose work includes horror flicks ‘Get Out’ and ‘Us’, said black people would always star in his films. ‘I don’t see myself casting a white dude as the lead in my movie,’ he told Hollywood Reporter in 2019. ‘Not that I don’t like white dudes, but I’ve seen that movie’

At least one filmmaker has openly admitted to refusing to cast white actors.

Jordan Peele, whose work includes horror flicks ‘Get Out’ and  ‘Us’, said black people would always star in his films.

‘I don’t see myself casting a white dude as the lead in my movie,’ he told Hollywood Reporter in 2019. ‘Not that I don’t like white dudes, but I’ve seen that movie.’

Kevin Parker, a talent manager, told Kiefer and Savodnik that Hollywood isn’t shifting toward diversity because it’s the right thing to do – it’s doing so because it’s profitable.

‘This whole diversity thing—it’s about money,’ he said. ‘It’s good business to tell more stories from different perspectives, and that’s all this really is.’

Others in the industry said wokeism is hurting the creative process as writers are tasked with ensuring their content isn’t offensive to various groups of viewers.

‘The audience stops trusting us,’ one source told the article’s authors. ‘They begin to see us as a community twisting ourselves into a pretzel to make every movie as woke as possible, every relationship mixed racially, every character sexually fluid, and they decide that we are telling stories set in a fantasyland instead of a world they know and live in. If that happens, and they decide to throw themselves instead into video games 24/7, we will lose them.’

In today’s world, movies such as Wizard of Oz never would have seen the light of day, one director said.

‘Munchkins? Forget it,’ he said.

Rocky would’ve also been told much differently since the opponent he defeated was black, the director said.

The shift in thinking is also evident in the Sex and the City reboot, And Just Like That. While the original series documented the shameless, no holds-barred escapades of four middle-aged white women, the spinoff focused heavily on racial tensions, and sexual and gender identities.

A more diverse set of writers was commissioned to shape the new storyline,

‘I think the only thing worse than a lack of diversity is faux diversity or diversity for diversity’s sake,’ Just Like That writer Keli Goff told Deadline.

‘You never know until you get started [on a project] because all of us have been in those situations where someone wants to hire us but then nobody cares what we have to say.’

Not everyone agrees with the concerns, with actress and director Natalie Morales saying on Twitter that diversity hires should not be blamed for others not being employed

Others are calling white industry veterans out for complaining about losing jobs to minority talent.

‘Please stop blaming ‘diversity hires’ for why your client isn’t getting a job,’ actress and director Natalie Morales tweeted last November. ‘It’s either that you’re not working hard enough or that they’re not good enough. Be honest with them. You are harming us.’

She added: ‘Factually 50 [percent] of jobs in the entertainment industry are still going to white people, (men at that). Blaming diversity isn’t just a lie, it also means you’re saying we don’t deserve the jobs we get. Don’t use a push towards making the workforce more equal as your scapegoat.’

01/12/2022 World News Comments Off on Wokery will be the death of Hollywood, showrunner warns
Recent Posts