A YOUNG woman is fighting for her life after she was reportedly blasted in the chest with a sawn-off shotgun during an attack in broad daylight.

Paramedics and armed cops rushed to residential Hughes Avenue in Wolverhampton at 4.15pm yesterday after the 18-year-old was seriously hurt. 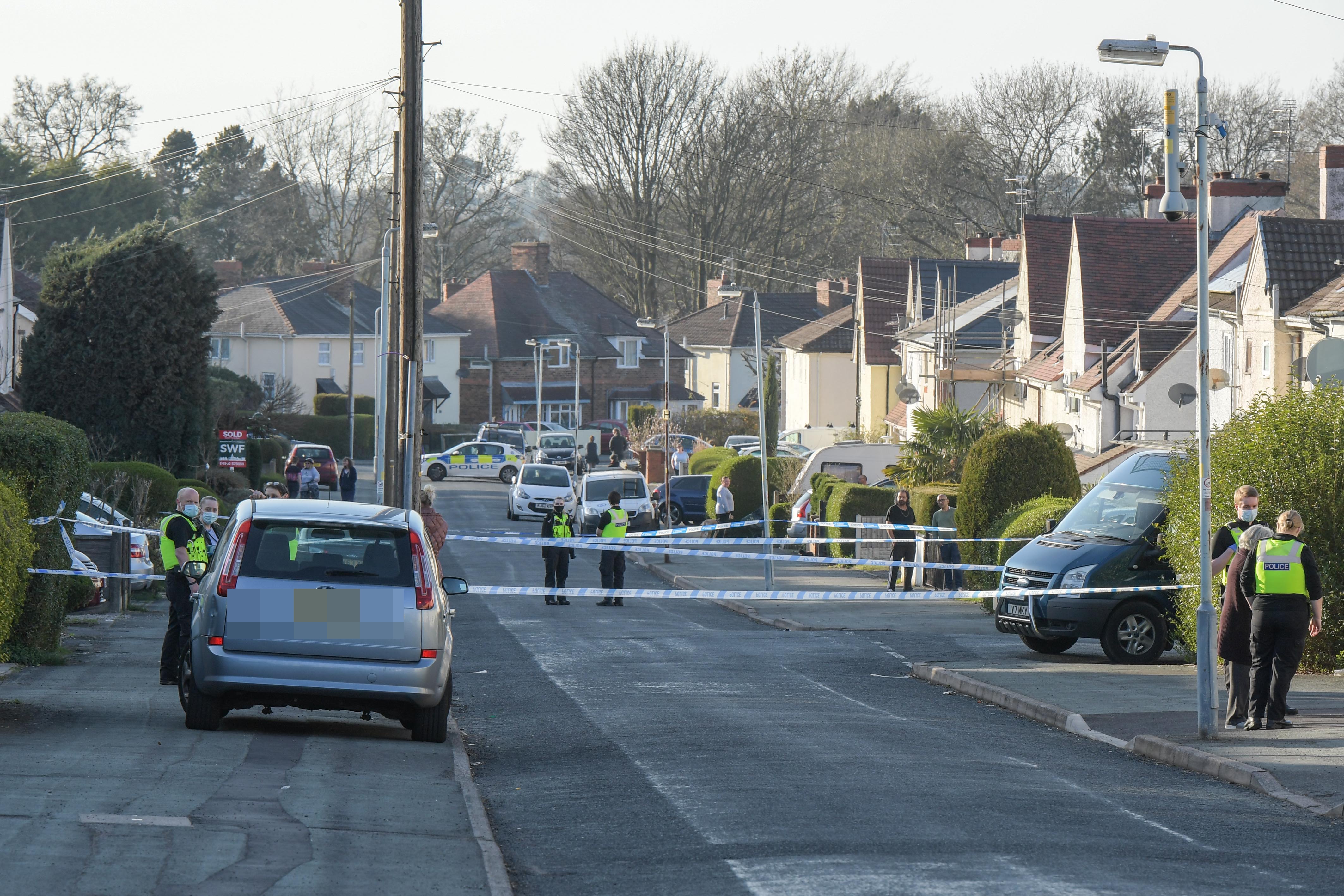 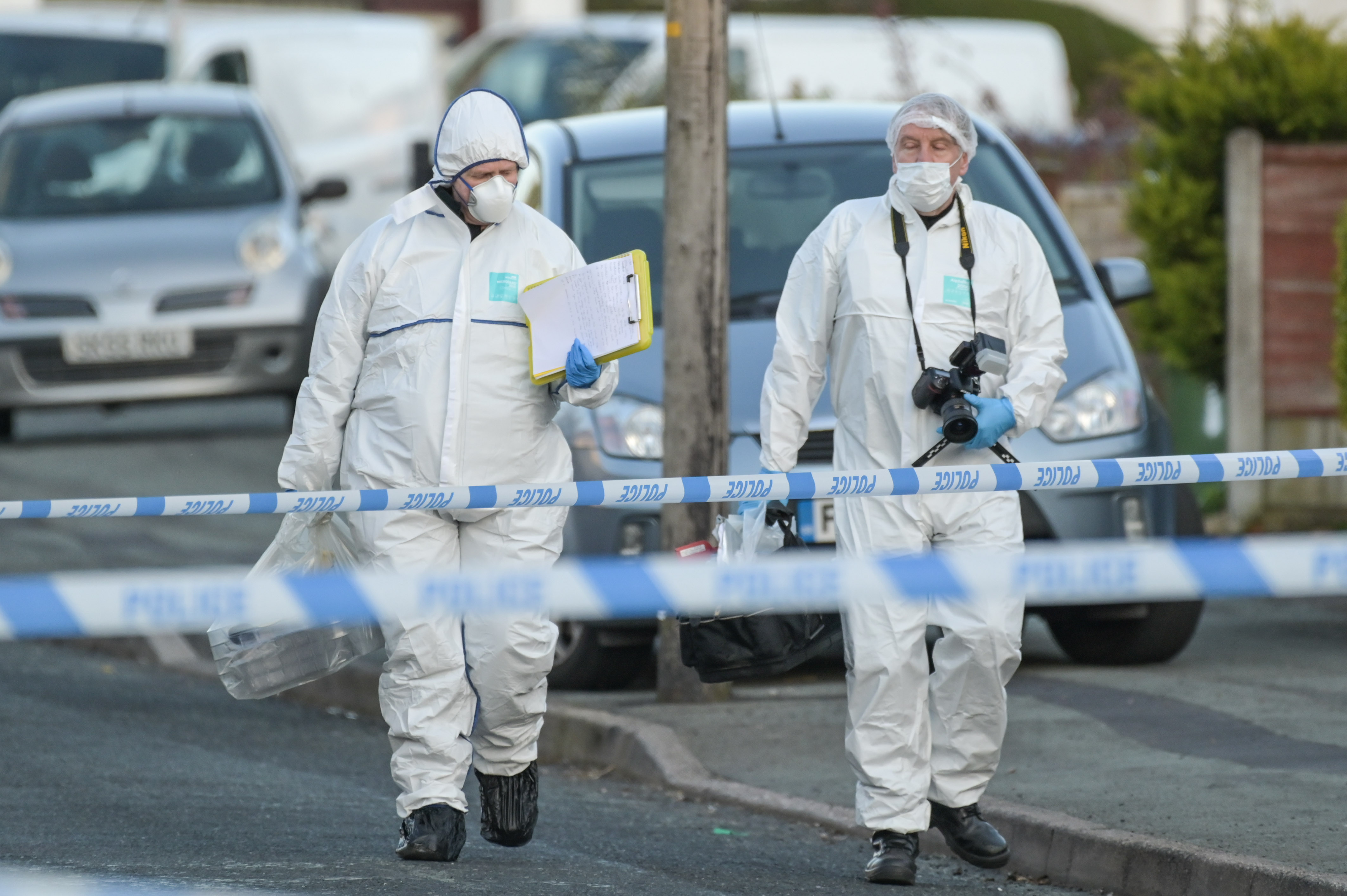 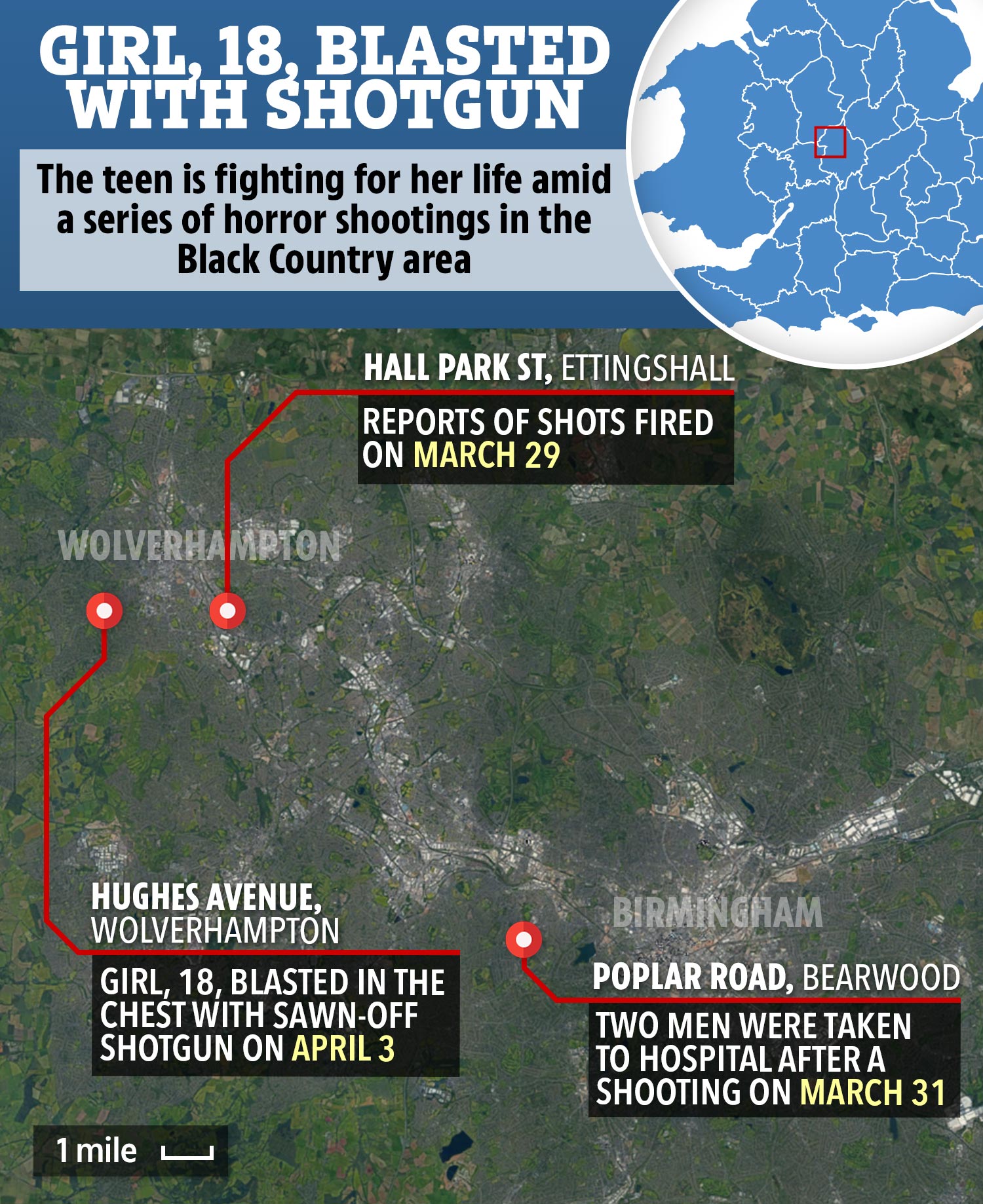 The victim was reportedly sitting in a car in a white dress when she was gunned down.

An air ambulance also landed nearby.

Forensics officers found a double-barrelled sawn-off shotgun and cartridges in a rucksack hidden in a bush.

And a dog-walker called the incident "horrendous", adding: "For it to happen to a young girl like that, it's just shocking." 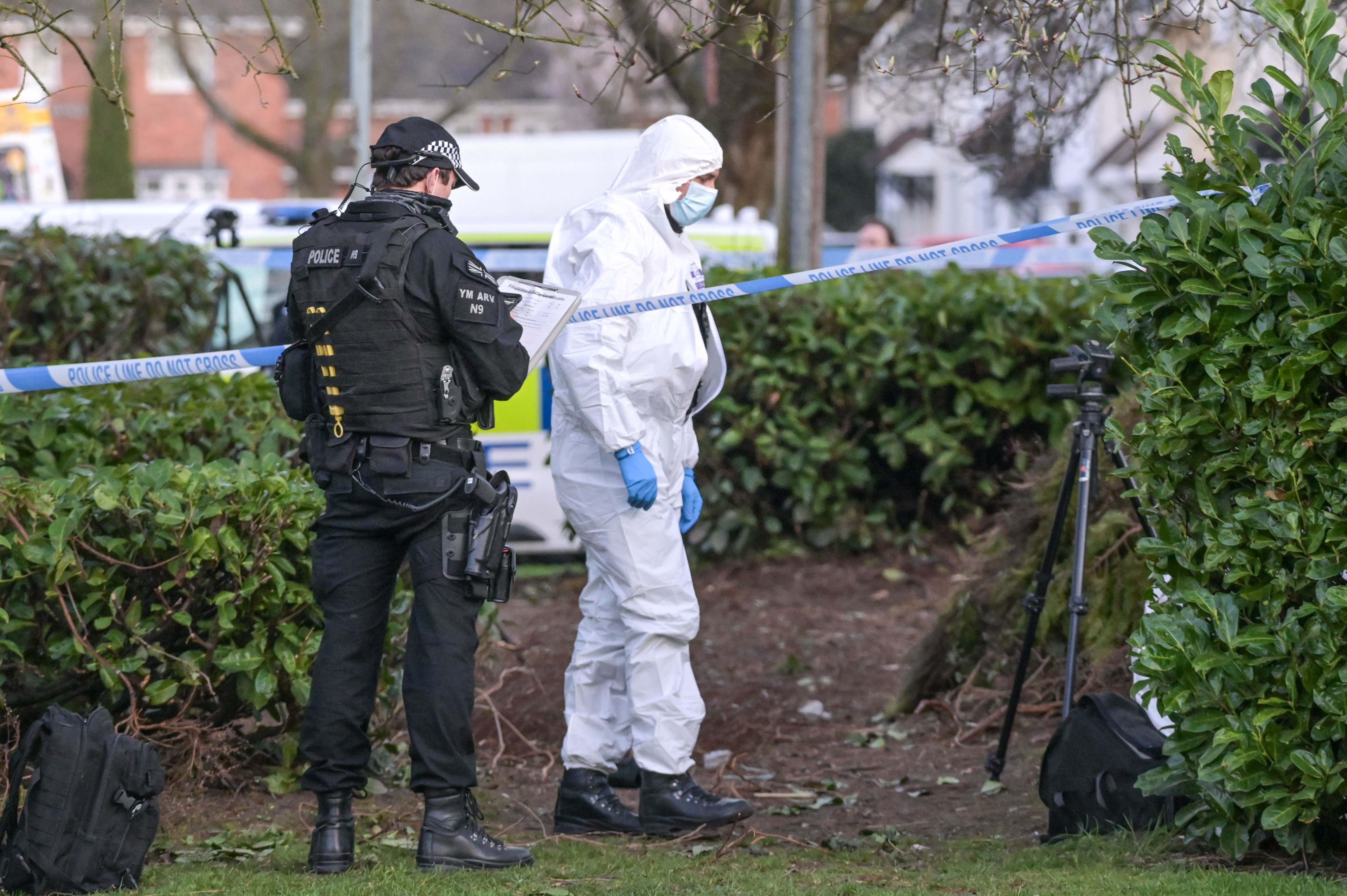 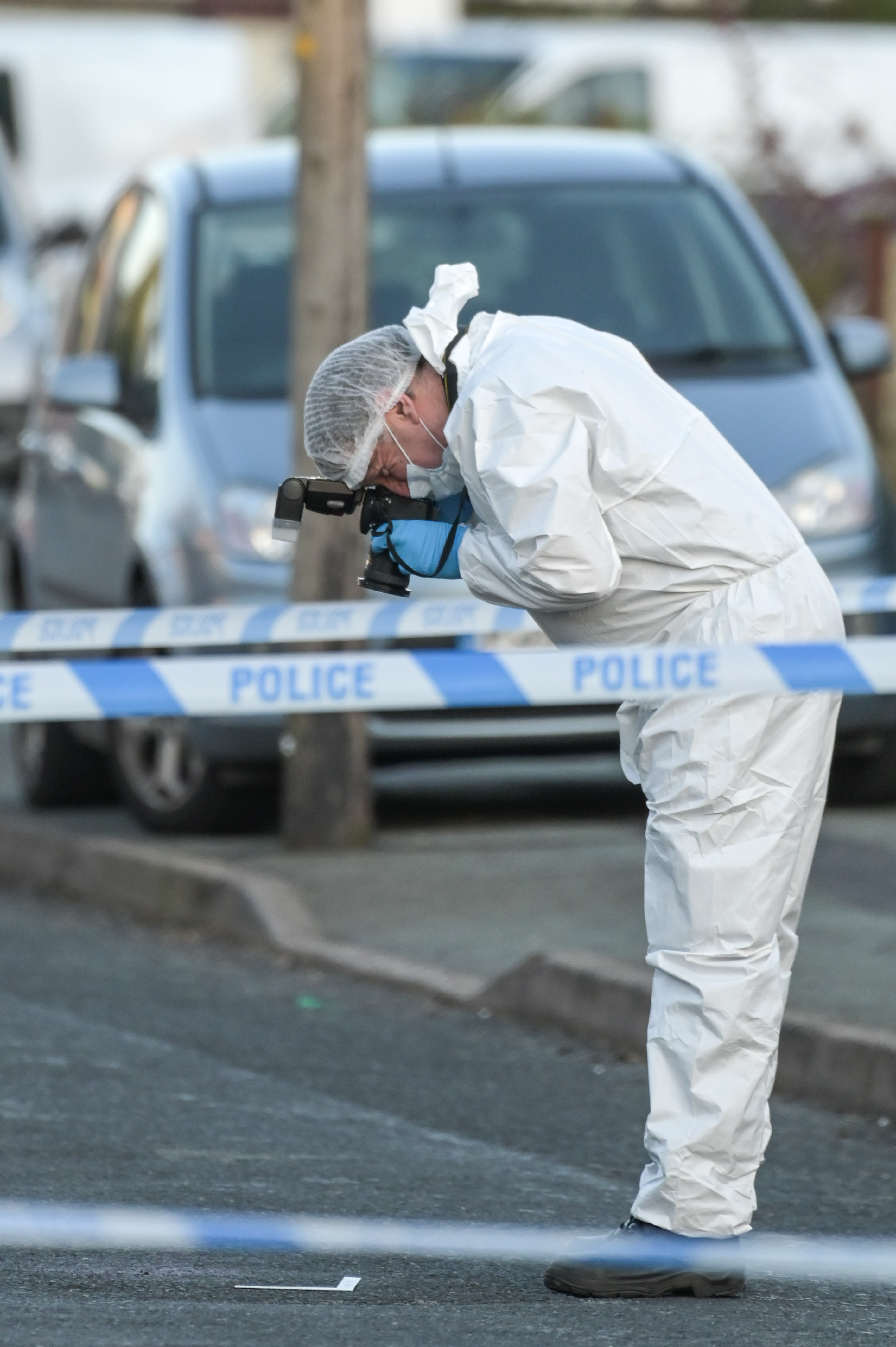 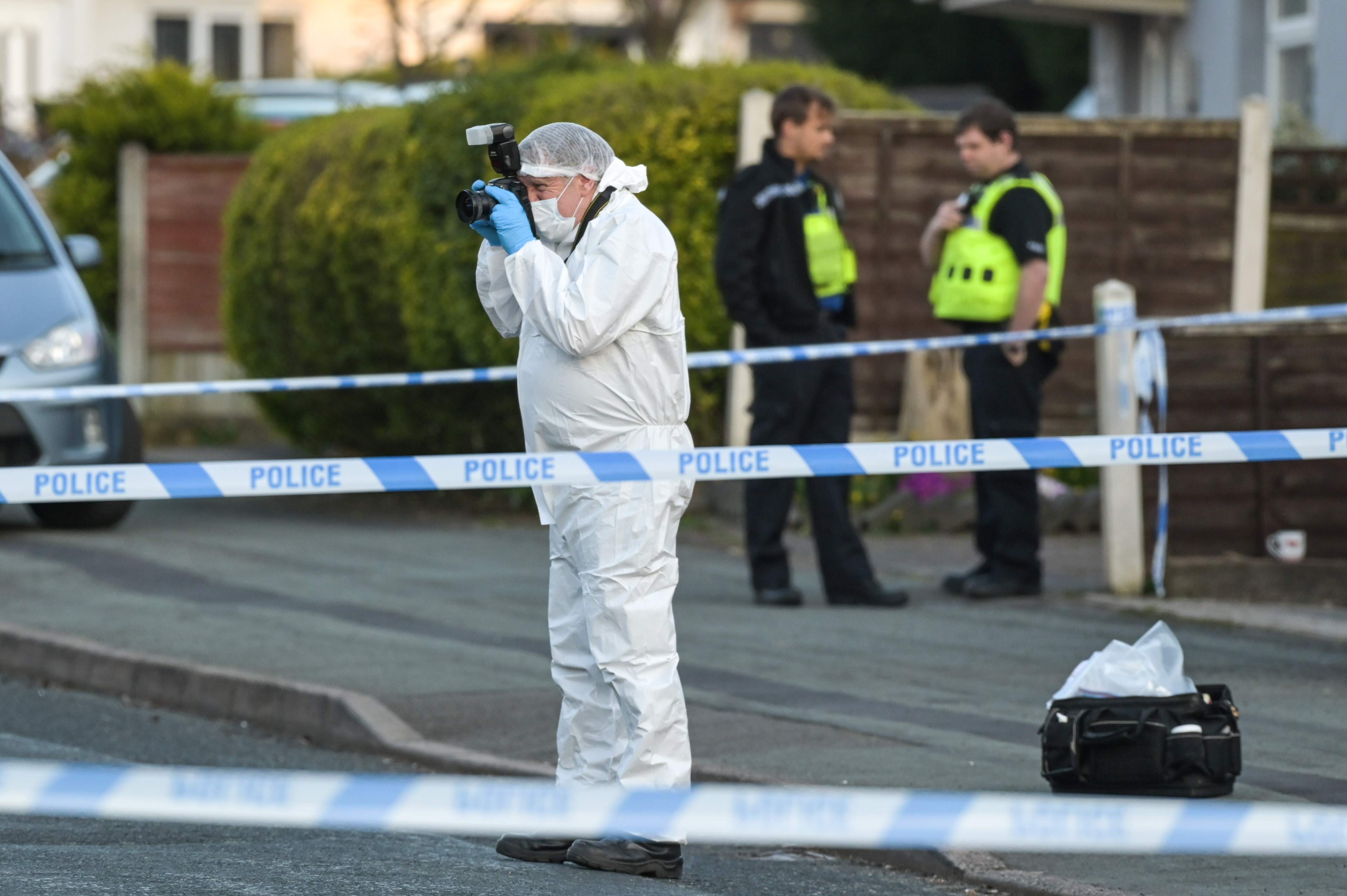 One witness saw the teen moments after she'd been shot.

The girl's dad told reporters today: "My young daughter had just gone to the park.

"She came back a few minutes after and said she'd just walked past a car and there was a girl sat in it.

"She said there was a girl sat in the car wearing a white dress and it had all blood over it."

It's the latest in a number of shootings in the Black Country.

"I will not be walking around this area on my own anymore.

Another neighbour, who heard the blast of the gun, said: "It has been awful.

"I've been so worried since I heard the shots ring out – I've not been able to sleep."

GIRL GUNNED DOWN IN CAR

A spokesman for West Midlands Police said: "We're investigating after a woman was found with gunshot injuries in Hughes Avenue, Wolverhampton, just before 4.15pm on Saturday.

"The woman has been taken to hospital with chest injuries.

"Officers are currently on the scene as we seek to establish the circumstances."

Cops say the victim is in a "critical but stable condition".

Anyone with information on the shooting is asked to call police on 101 quoting log 2814 of April 3.

It's the latest in a series of firearm incidents in the Black Country in recent weeks.

On March 29, shots were fired in Hall Park Street in Ettingshall, three miles away.

And on March 31, two men were hurt in a shooting in Poplar Road, Bearwood, 12 miles away.

Speaking after the shooting in Poplar Road, Detective Inspector Jackie Nicholson said: “We’re doing all we can to understand the circumstances, find those responsible and take robust action against those who think it’s acceptable to carry weapons on our streets."

04/04/2021 World News Comments Off on Woman, 18, blasted in the chest with 'sawn-off shotgun' in broad daylight attack in Wolverhampton
Recent Posts