Woman, 44, was blown over by gale force winds during Storm Jorge and suffered fatal head injuries after she was ignored by passers-by who thought she was drunk, inquest hears

A woman killed in a fall after being blown over by gale force winds was ignored by over a dozen people who saw her struggling.

Linda McKenna, 44, repeatedly fell over as she battled against Storm Jorge in the early hours of March 1.

She was picked up on town centre CCTV but an operator assumed she was drunk and told the inquest they did not want to ‘waste resources’ by calling 999.

Miss McKenna left her mother Sue’s house at 1.30am and was seen walking through Blackpool town centre in Lancs., ‘with purpose’.

She disappeared behind some bins before emerging 12 minutes later in an intoxicated state.

Miss McKenna then staggered through the streets where she suffered several falls partially due to Storm Jorge raging at the time, the inquest was told.

Eventually three people stopped to help her and she was taken to Blackpool Victoria Hospital in an unconscious state at around 4am, but died from her injuries the next day. 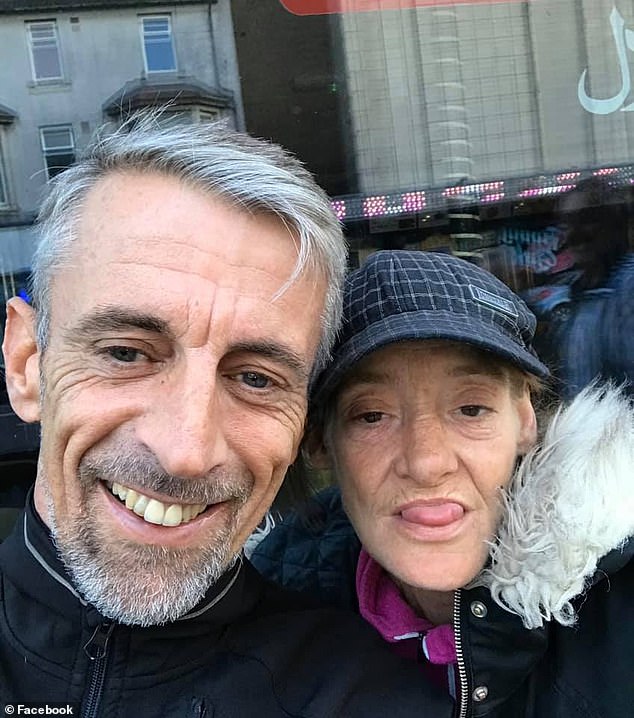 Linda McKenna, pictured with a friend, was struggling but was not helped by passers-by

A postmortem by Dr Mark Sissons said the cause of death was a brain haemorrhage due to blunt force trauma.

The inquest heard there was evidence of drugs in her system.

Handing down a conclusion of accidental death, coroner Alan Wilson said: ‘It was a noticeably windy night.

‘The footage shows Linda walking with purpose; then she goes behind some wheely bins. 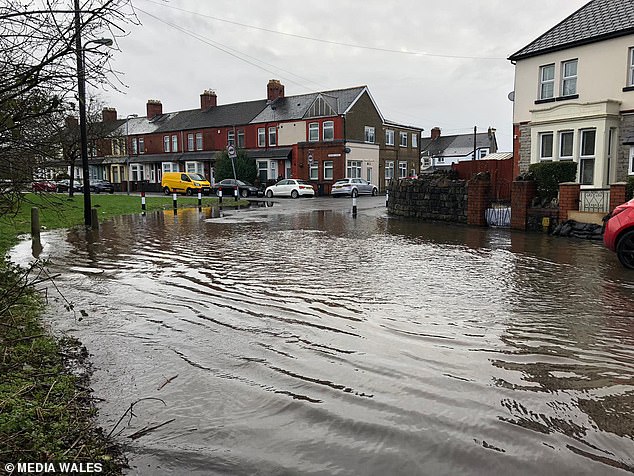 ‘She then emerges and walks into a wall.

‘There is a clear difference between before she went behind the wheely bins and afterwards.

‘She has taken some substance that has left her intoxicated pretty quickly.’

Referring to the person who saw her while monitoring CCTV cameras in the area, he added: ‘Looking at the footage there is a point after Linda comes within the view of the cameras that he zooms in on her, and that is within a few minutes of him becoming aware of Linda. 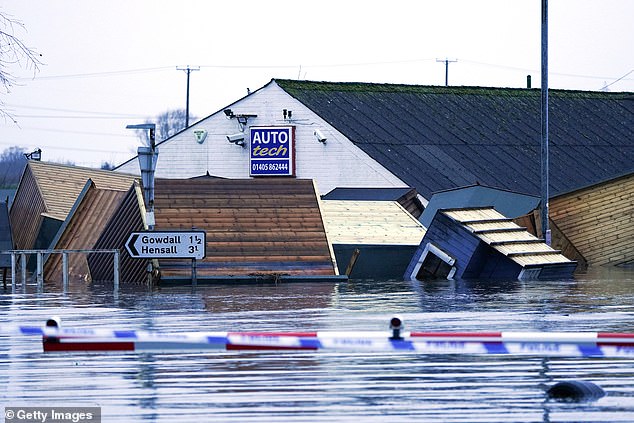 ‘On the one hand it is unclear whether she would have suffered a significant head injury from these examples of CCTV footage.

‘On the other hand, she is on the floor for a long period of time. It seems to me that anyone watching her would absolutely have a cause for ringing an ambulance or the police. She seems to be vulnerable.

‘However, it doesn’t appear to me that even if there had been an earlier call to emergency services that it would have been a different outcome for Linda.’

He said he would write to the firm who employed the man, urging bosses to remind staff that they are able to call 999 when seeing someone in a vulnerable state.

09/03/2020 World News Comments Off on Woman, 44, killed by Storm Jorge winds was ignored by passers-by
Recent Posts
We and our partners use cookies on this site to improve our service, perform analytics, personalize advertising, measure advertising performance, and remember website preferences.Ok