London: A woman who won a compensation claim by telling a doctor she could no longer exercise because of whiplash – but was later caught climbing Sydney Harbour Bridge – has been given a suspended jail term and a massive fine.

Lois Cartridge, an account handler with an insurance broker in Bournemouth, southwest of London, said she suffered minor soft tissue injuries after being in a car accident as a backseat passenger in 2018. 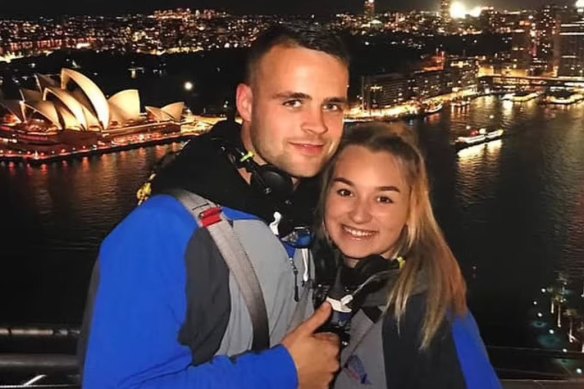 However, the High Court in London ruled that she went on to wildly exaggerate her symptoms in an attempt to boost a compensation claim, and was hit with a £20,000 ($42,630) bill for lawyers’ fees after a judge ruled that she was in contempt of court.

The court heard the 24-year-old had told a doctor who examined her just over six months after the accident that she was still so badly injured she was “prevented” from exercising and had struggled with cleaning, cooking, dressing, driving, ironing, self-care and vacuuming.

But The Mirror reported that investigators from Liverpool Victoria – the insurance firm of the other motorist involved in the crash – later discovered Facebook posts revealing Cartridge had completed a 5-kilometre obstacle race the same day she saw the doctor and later scaled the world-famous bridge while travelling to Australia with her boyfriend.

Paul Higgins, acting for LV, told Judge Richard Pearce that Cartridge had claimed “tenderness” and “restricted movement” in her back and neck, which stopped her from exercising and carrying out normal household tasks, including ironing. But he said alarm bells had rung when insurance investigators looked at her social media posts.

A day after the accident, she told her Facebook friends she’d been shopping and on a dinner date, he said, adding: “On December 5, 2018, she posted a status update stating ‘can’t get much better’ alongside a photo showing what appears to be her swimming with dolphins.”

He said on June 1, 2019 – the same day she was medically examined – she also posted a status update stating “soo… we completed the 5k inflatable run this morning … and I can now say I’m never doing anything like that again” along with a photo showed her and four others with medals around their necks.

On June 12, 2019, she was tagged in a status update at Heathrow Terminal 3, stating: “Australia bound – happy 21st Lois Marie Cartridge.”

A few days later she posted a status update at Bridge Climb Sydney, stating: “Time to climb the bridge” and she was tagged in another status update stating “cool night doing the Sydney bridge climb”.

The court heard that Cartridge had told the doctor “that she normally engages in regular sporting and leisure activities, including swimming, training in the gym and walking” and that at the time of the examination, “these continue to be prevented as a result of her symptoms”.

Higgins told the judge: “It is respectfully not possible to reconcile walking and training in the gym being prevented with an ability to complete a 5km run involving a number of obstacles or to understand how swimming was prevented if she was fit enough to enjoy snorkelling.

But Andrew McKie, representing Cartridge, told the judge his client would lose her job because of what she had done and asked for mercy.

“She is deeply remorseful that this has happened, it is her first offence, she is young, and this episode has had a deep impact on her emotional, financial and professional wellbeing,” he told the court.

Judge Pearce said it was a case of “exaggeration, not invention”.

“I do not wish to give out the message that simply because somebody is of good character and in employment they can expect to get away with it,” he said.

He handed her a 16-week jail term, suspended for a year, for contempt of court and ordered her to pay £10,000 of the legal costs bill within 14 days.