A council in North Wales has defended its decision to remove and not replace litter bins because ‘bins attract litter’.

Yesterday Wrexham council was branded ‘barmy’ by one critic after its environmental chief said it had removed some bins as people were more inclined to ‘dump bags’ or fly-tip when they saw bins.

The counterintuitive move follows a trial which saw bins removed from a layby on the A483 in Johnstown, near Wrexham, where people had been leaving large amounts of rubbish.

A senior officer said it had resulted in a reduction in litter at the side of the dual carriageway. 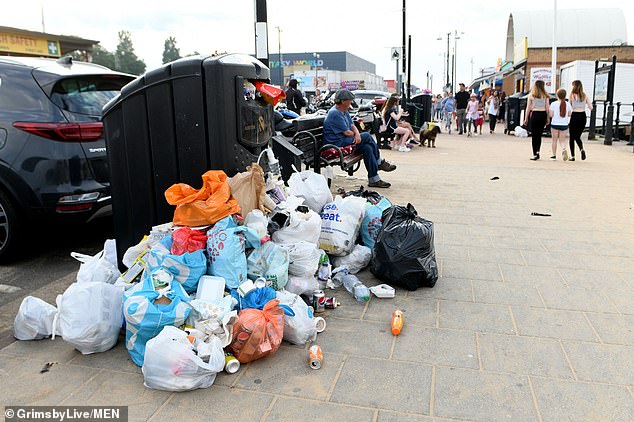 The counterintuitive move follows a trial which saw bins removed from a layby on the A483 in Johnstown, near Wrexham. An overflowing rubbish bin (stock image)

However Wrexham councillor Marc Jones argued that the move was not logical, he said: ‘We need to get more bins in the community. My ward has lost five bins in the last five years. I have asked for replacements, I have managed to get one.

‘But I have been told the old bins will not be replaced because it will mean more work to empty them. I don’t see the logic of that when we are trying to improve the community and encourage people to bin their waste.’

Environment chief Darren Williams told a council meeting: ‘We have got some evidence where we removed some bins from a problem site and that improved the litter situation.’

He also said: ‘While we keep on putting bins everywhere it does become a problem because they do become an asset that we have to look after.’ 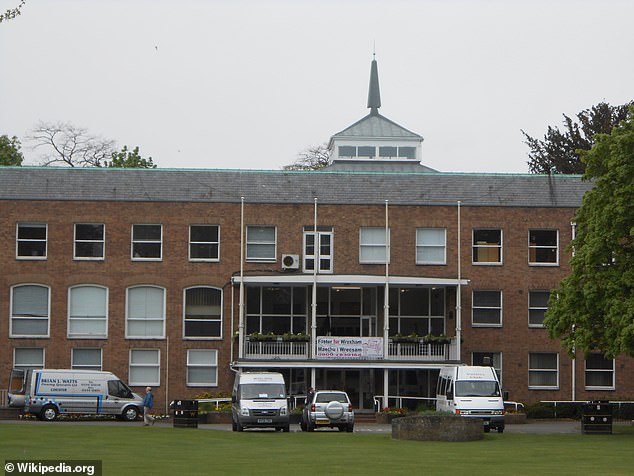 Wrexham Guildhall council building, where a senior council officer said that removing bins had resulted in a reduction in litter at the side of the dual carriageway

Mr Williams added: ‘The fundamental issue is whether or not litter bins are a solution or part of the problem with litter. We have some evidence where we did some work on the A483 where a lay-by was a real litter problem, removed the bins and the litter problem went.’

However, one local pensioner fumed: ‘This is completely barmy. Household collections have been reduced, too. We should be encouraging people to use bins, not taking them away.’