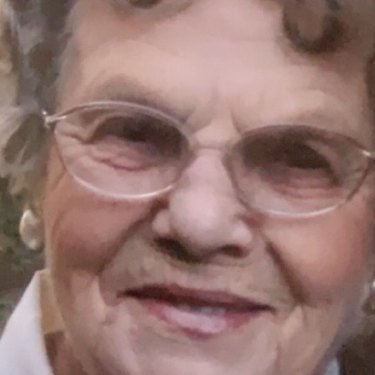 One of Emereziana Lucia Ballan’s most used phrases was “you’re wonderful”.

It was applied to many in her life – her five children, 16 grandchildren and 26 great-grandchildren. Friends who dropped by for a quick cup of coffee. Even the plumber.

"In order to be wonderful, you really didn’t have to do much,” says granddaughter Kara. 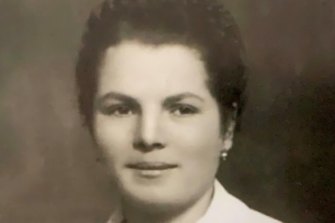 "She would look at you, give you a beaming smile, and say ‘you’re wonderful’."

It was an affection the matriarch doled out to her loved ones for almost a century.

Emereziana, or Lucy as she was known in Australia, was born the third of eight children in the Italian rural and ancient village of Sant’Andrea, in Italy's north, on January 23, 1923.

They lived in a farmhouse which was home to 36 family members surrounded by farmland on which they grew fruit and vegetables, owned cows, pigs, geese, turkeys and made their own cheese, salami, sausages, wine and bread.

She would later remember nights sitting huddled around the livestock in the barn for warmth, the women knitting and the men mending broken furniture.

"Life was so simple," says daughter Maria. "But they seemed to be happy with their life. That’s how it was in those days.”

Lucy left school at age 9 to work in the fields and was a teenager when she met Ernesto Ballan at a fair during a church festival. 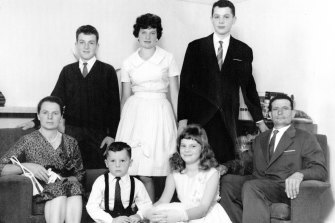 The Ballan family in 1959, the year after they arrived in Australia.

Forced to serve in the army for five years, he sent his money back to his family and Lucy (she would later tell the story of his displeasure when she used some of these funds to buy a "beautiful" burgundy dress with matching suede shoes) and on his return in 1944, the pair were married.

It was a simple wedding. They walked from the farm to the church, followed by their family and friends, returning afterwards to the farmhouse for a party.

But the war had brought death and suffering to their homeland and there were few jobs. The couple, who by then had five children, decided to migrate to Australia.

They sailed for Melbourne from Genoa on January 16, 1958.

Lucy spent the entire 28-day journey in the infirmary, chronically seasick. Maria, 13 at the time, remembers the voyage well.

“I was stuck looking after my youngest brother who was 18 months and my sister who was four. I really didn’t like it because of that. It was so full on. Mum was so sick. ”

The first few years in Australia weren't easy for the Ballan family. Concerned her Italian name would be too difficult to pronounce in Australia, she decided to go by Lucy, the English version of her middle name.

“It was hard when we came here," says Maria. "I remember Dad going to the priest asking if he could find him a job. 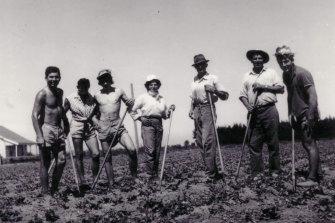 Lucy (centre) working in the fields on farms in Werribee in the 1960s.

“For my Mum and Dad and all those people that came to Australia, ignorance was a bit of bliss. They didn't know how far it was.

“One of the things that really stands out when I think of Mum that sort of makes me cry – she was 35 when she moved to Australia and I never heard her complain about missing her mother and her siblings. She must have missed them terribly but she never let on.”

But all her sacrifices were for her family. They lived in Werribee and spent five years building the home in which Lucy would live in for 48 years.

Lucy did back-breaking work six days a week on farms in Werribee South, a place which Maria said felt at the time like "the end of the earth".

Her mother was small in stature but strong, carrying her 18-month-old son in a wooden crate so she could care for him while out on the fields.

Nine years later, she worked at a butcher shop bought by her two sons, making salami and sausages. 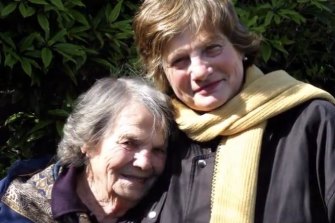 Lucy and her daughter Maria.

After more than four decades of marriage, Ernesto passed away from esophageal cancer in 1985.

The decades passed and her children began to have their own children. Sundays lunches under the Hills Hoist – shaded by gum trees and with a buffet of Italian dishes – were mandatory.

Everyone in the family had their favourite dish from her list of specialties: bolognese, apple pie, trifle or bistecca fried in oil with salty endive insalata.

She would sometimes babysit up to eight grandchildren at a time, taking them shopping with her along Werribee's Watton Street, or letting them sit on the recliners while watching her favourite soaps.

Each day she woke early to tend to her sprawling vegetable garden filled with food, flowers and fruit trees, accompanied by old English sheepdog Benji, the chickens and Bruce the cat.

And she made her family laugh. Kara and Maria remember how she kept a list of every family member who called her on her birthday: next to each family member’s name was a blank space or a tick.

Granddaughter Kara also remembers when her pet duck Axl got too big for their family home. “Nonna adopted him from me because she had much more room for him," she says.

"To this day, I’m still not too sure what happened to Axl. Rumour has it, he was served as a scrumptious Sunday lunch.”

Lucy adored singing, as a child at the church choir, later at her home and in the fields, and in her final years at her aged care home.

She was "in heaven" when her daughter took her recordings by Andrea Bocelli, Luciano Pavarotti and Dame Kiri Te Kanawa.

Lucy moved into Glendale Aged Care in Werribee in 2010. 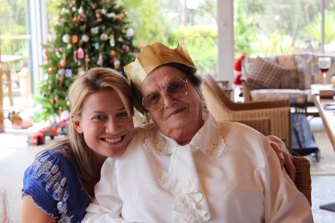 Kara and her grandmother Lucy.

Her family says the staff doted on her, playing her favourite music and caring for her up until the end.

Lucy was 97 when she contracted COVID-19. She fought the virus for two weeks, before an extraordinary life ended on July 31.

"The fact we couldn't be there holding her hand to say we love you Mum, and thank you for all you’ve done for us, is so sad. And not just for our mum – for everyone who has died from coronavirus. It’s so sad for their families to not be able to give them the farewell they deserve," says Maria.

The Ballan family will remember Lucy as their fierce matriarch, a mother and grandmother who shaped generations.

"I think the world is a better place for having a bit of her."

The Age would welcome submissions from families or friends who would like to pay tribute to those taken by the pandemic for inclusion within this series.

Get our Coronavirus Update newsletter for the day’s crucial developments and the numbers you need to know. Sign up to The Sydney Morning Herald’s newsletter here and The Age’s here.

08/28/2020 World News Comments Off on ‘You’re wonderful’: Family remembers a woman full of affection
Recent Posts
We and our partners use cookies on this site to improve our service, perform analytics, personalize advertising, measure advertising performance, and remember website preferences.Ok